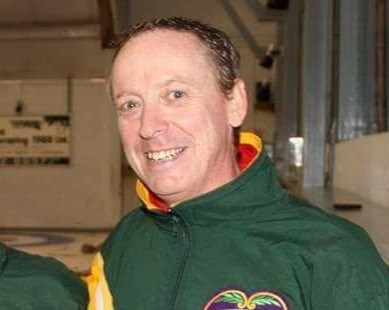 McClelland already had a reputation as a curler when he arrived in North Bay to attend Canadore College in 1989. Born in Thessalon and playing out of Sault Ste Marie, he skipped a Bantam Mixed rink to an Ontario title in 1986; the next year he was 3rd on a Sault rink that won NOSSA but didn’t medal at OFSAA. Playing out of Cochrane in 1989 he skipped a Junior rink to the Northern Ontario finals.

In 1990, now curling out of North Bay, McClelland skipped a local rink to the Northern Junior Men's title and a berth at Canadians where they finished 5-6. The following year he led a Canadore rink to the Northern OCAA championships and a spot in the Provincials where he was named All-Star skip.

From 1990 to 2003 McClelland played on rinks that reached the Northern Ontario finals on seven occasions winning in 1994 and 1999 and qualifying for the Brier. He was 2nd in ’94 on the Scott Patterson foursome that recorded a 7-4 record at the Brier; the rink finished 6-5 in their 1999 appearance at the Canadian Championships.

In his first appearance at the Northerns in 1993, he was vice for Peter Minogue as they finished with a 4-3 record. The Patterson rink reached the Northern Ontarios on four other occasions - 1995, 1998, 2001 and 2003 with McClelland playing second before the tragic car accident in 2004 that took the life of young skip Patterson.

McClelland was a versatile curler - in his 12 trips to Northern Ontario finals, he went as a skip four times, as a Vice on two occasions and six times he played second.

The Thessalon native left the game for a while with knee problems but has recently returned to the roaring game, doing some playing and instructing at the North Bay Granite Club. He will be one of four individuals inducted at the NBSHF’s 39th Induction and Awards Banquet at the Davedi Club on May 4.