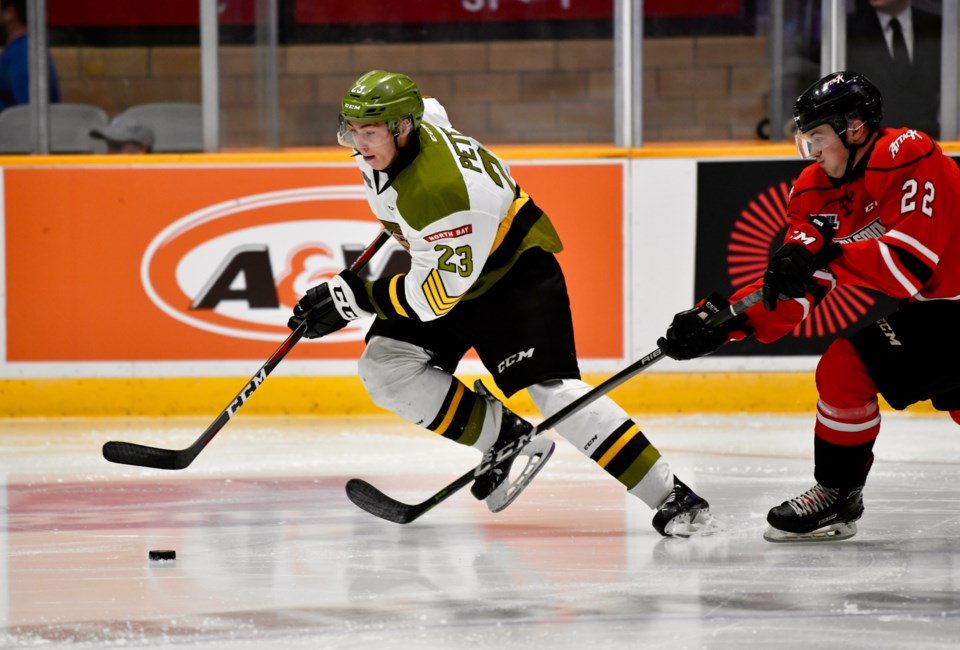 The North Bay Battalion, are marching closer and closer to the start of the 2019-20 regular season.

The pre-season schedule concludes this weekend against the Attack.

After visiting Owen Sound at 2 p.m. Saturday, the Battalion will host the Attack at 2 p.m. Sunday.

It is the last chance for Stan Butler and hockey operations to evaluate the group they have heading into the start of the regular season.

“I think we want to see our young guys adjust to the speed of the game,” said Butler, the Battalion head coach and director of hockey operations.

“Obviously we put them in a tough spot as in Kitchener as those were three of the best teams in the league.”

Butler is talking about the Preseason Showcase in Kitchener August 30 to September 1 where the Battalion went 0-3.

The Troops have 25 on the roster, numbering two goaltenders, seven defencemen and 16 forwards.

“Two of the three teams we played at Kitchener were down to their regular rosters, while we were rotating players in and out of the lineup,” Stan Butler, director of hockey operations and head coach, said Wednesday.

The Troops faced the Peterborough Petes, Kitchener Rangers and Saginaw Spirit, the last two of which were set.

“Needless to say, that was a little challenging for some of our younger players,” said Butler.

“We’re going to be a young team,” noted Butler.

But, Butler feels there is plenty of leadership among the older contingent.

“The three of them are very good. Luke Moncada and Mason Primeau, while a little younger, also are good leaders.”

Butler also stated there is still a chance their first-round European draft selection turns up in North Bay.

Martin Hugo Has is a Washington Capitals 2019 fifth-round pick and the team is monitoring his situation overseas.

“Right now he is starting off in the elite league in Finland, if he can continue to play in that league then obviously he is not going to come here to play junior but if that changes then obviously we would be an option,” said Butler.

Rookie defenceman Ryan Thompson is expected to be unavailable for a similar time with a wrist injury.

The Battalion opens its regular-season schedule by playing host to the Barrie Colts at 7 p.m. Friday, Sept. 20.