Trio of Trappers go late in the OHL Priority Selection

'I saw my name pop up on the screen under the North Bay Battalion I was speechless and in complete shock'
0
Apr 4, 2020 4:29 PM By: Chris Dawson 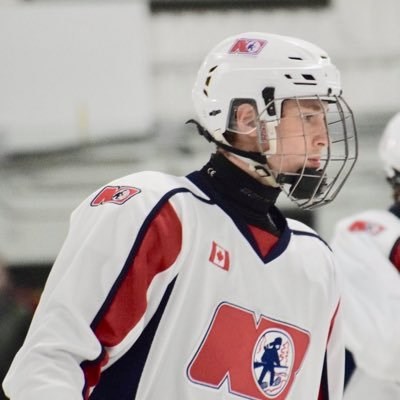 Callum Craft was selected by the Hamilton Bulldogs in the 12th round. Photo courtesy Twitter.

A trio of North Bay minor midget AAA Trappers were selected in the latter rounds of today's OHL Priority Selection that took place online starting at 9 a.m. this morning and ended around 4:15 in the afternoon.

Brett Richardson, a forward who had 17 goals and 12 assists for 29 points in 27 games was taken in the 12th round, 221st overall by the North Bay Battalion.

"I saw my name pop up on the screen under the North Bay Battalion I was speechless and in complete shock," Brett told BayToday.

"It’s been my dream ever since I could pick up a hockey stick to play in the OHL and what better way to kick it off than in my hometown! I’ve been a fan of the Troops ever since they first moved here when I was 9. There’s a lot of work ahead of me and I’m willing to do whatever it takes to crack the lineup. Really looking forward to camp!”

"He has good size, works hard and has some creativity to his game," said an OHL scout prior to the draft.

Trappers defenceman Callum Craft was taken five picks later by the Hamilton Bulldogs 226th overall in the 12th round.

The 6'1", 160-pound blueliner had six goals and nine assists for 15 points in 29 games in the Great North Midget League this past season.

"Humbled to be selected by a first-class organization in the Hamilton Bulldogs," Craft said on Twitter.

"Thank you to everyone who has helped me along the way! Excited to see what the future holds!"

He goes to a Bulldogs team with a history with North Bay area players as their current roster includes locals Zach Roy, Payton Vescio and Jake Gravelle.

Chase Lefebvre was selected by the Peterborough Petes in the 15th round, 295th overall.

"He's an energy type player, plays hard and has a heavy game," said one OHL scout prior to the draft.

Sources say the lack of an OHL Cup hurt the draft stock of many northern Ontario players as many OHL general managers use that tournament as a key scouting event to watch the top northern players who traditionally play on an All-Star squad at the annual event which was cancelled due to the COVID-19 pandemic.