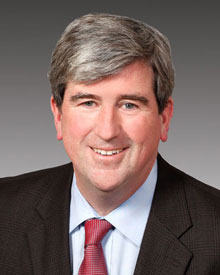 Minister Murray has written a letter to BayToday.com in light of the confusion MPP Fedeli has caused regarding transit expansion in the GTHA:

The Ontario Liberal government is having an honest conversation about the need for transit funding in Ontario.

But let’s be clear: people in Windsor, St. Thomas, in Cornwall or Kenora will not be funding transit in the Greater Toronto and Hamilton Area.

It should be noted that a final decision on how to pay for transit has not yet been made.

We are not rushing into this and we are listening to the best experts.

We will be reviewing these recommendations and proposing our plan in the spring Budget.

But here’s what we do know: By investing in public transit, families will spend less of their household budget on car payments, gas and commuting.

As well, by relieving congestion and gridlock in the GTHA, we’ll stop losing annually between $6 and $11 billion in productivity and wages.

And another thing we know: Our plan won’t rob Peter to pay Paul by pitting one region’s infrastructure priorities against another’s.

On Thursday, Tim Hudak said, “I’m convinced that Ontario’s economic revival is going to start in our cities,” which is why he would rather fund subways in Toronto by cancelling rural and northern infrastructure projects in North Bay, Owen Sound and Northumberland County, than do what’s right.

The divisive Hudak PC plan will pit region against region in order to pay for their expensive subway expansion plan.

Tim Hudak has been clear—his expensive plan will mean deep cuts to Ontario’s education and healthcare budgets, including full-day kindergarten and hospital expansions.

Their proposal will build Toronto subways instead of schools, hospitals and municipal infrastructure in Timmins, London, Dryden, and Midland.

Our plan will address the needs of every region of this province – like we have recently done with our $100M Small, Rural and Northern Infrastructure Fund that has built bridges, roads and culverts across Ontario since the spring – without jeopardizing the gains we’ve made.

The Ontario Liberals believe in One Ontario and understand that all communities have unique transportation and infrastructure challenges that need to be addressed.