'This dog is very receptive to training, she listens to corrections very well and she is a well, in a sense, trained dog'
Jun 6, 2019 10:00 AM By: Chris Dawson 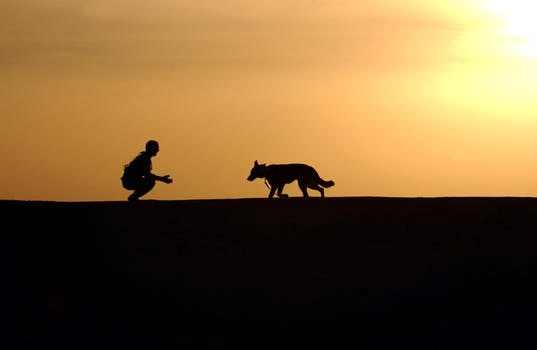 Dean Kennedy believes that a local dog responsible for a pair of incidents including the death last Monday of a Yorkshire Terrier in the Graniteville area, has been mislabelled.

The dog's family voluntarily surrendered the animal to the North Bay and District Humane Society on Wednesday.

See related: Dog responsible for attacks now in hands of the Humane Society

Kennedy says the family of the two-year-old rottweiler mix in question, approached him two weeks ago to help train the dog to avoid situations like what happened last Monday.

“This dog is very receptive to training, she listens to corrections very well and she is a well, in a sense, trained dog,” said Kennedy.

Kennedy explains, during last Monday’s tragic incident, the Rottweiler got out of the house, was running in the area and he believes it was over-excited when it rushed a four-pound dog.

“When one of the children opened the door the dog escaped. It was nothing more than excitement, there was no aggression.  If there was aggression I would not allow it to live with two younger children,” said Kennedy.

“It is a 90-pound dog, if it wanted to, it could have eaten this dog and swallowed it whole.”

Ironically, Kennedy says the family got the Rottweiler originally from the local humane society eight months ago.

Kennedy feels the entire situation is taking its toll on the family of the dog.  He insists they are not the ignorant, irresponsible family which is being portrayed by many on social media locally.

“They did not want that dog dead, they have the same feelings as anybody else that hears about this dog dying,” said Kennedy.

“It is sad, there is nothing they can do to bring this dog back, they did not intentionally do this. They want safety in the community just like everybody else. But they also feel their dog should not die because it is mislabelled.”

And because of all the hype, Kennedy believes the family is being harassed in a scary sense.

“They have had a lot of online criticism because they have not spoken out,” he said.

Kennedy believes after the assessment, the dog will likely be re-homed by the humane society or potentially put down.

“It will be re-homed or they will destroy the dog based upon the communities opinion that it is aggressive which any dog professional, not including myself, I believe would tell you the exact same thing about the dog. This is how she was able to be re-homed from a local shelter which does the assessments,” he said.