'We turned Lake Nipissing, the waterfront, we turned into Beihai Park in China and I guarantee you would not notice the difference'
Jul 21, 2021 10:00 AM By: Chris Dawson 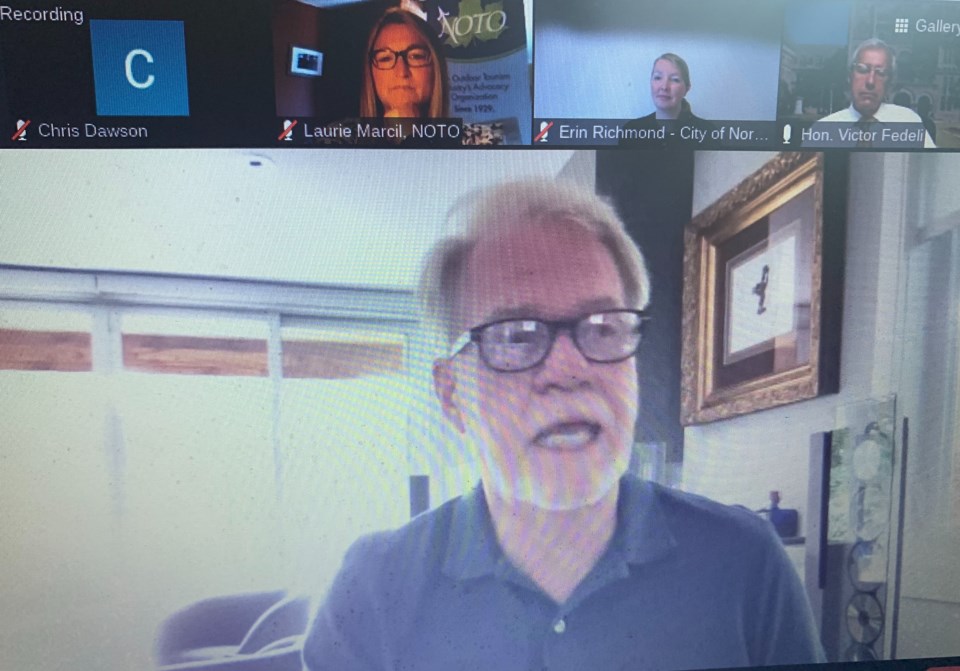 An award-winning Film Director was applauding his success in putting productions together in the North Bay area.

Leif Bristow, an executive producer with Leif Films, has been involved in multiple projects in the North Bay area and most recently wrapped up filming  "Dancing Through the Shadow of Mao" as well as the mini-series Rising Suns.

Bristow is described in the business as a director who specializes in filming in global locations to enrich the storytelling and the viewer experience.

He prides himself on what has been able to accomplish in the North Bay area transforming northeastern Ontario into places like Beijing, China.

"Coming up to the North, once you have come up and scouted and you embrace the north for what it is and not necessarily what it isn't, then you become quite free within your locations, within your concept, to really showcase it for what it is," said Bristow.

The Toronto Director was part of a recent provincial funding announcement for a number of projects taking place in the north.  Last week, the Northern Heritage Fund Corporation handed out $1.95 million that will impact productions within the North Bay area.

"Last  August we were only the second film to start up in the province after the lockdown and we came up and we filmed North Bay as northern China," recalls Bristow.

"We just finished it now, it was called 'Dancing Through the Shadow of Mao' and the entire moving takes place in China and we turned Lake Nipissing, the waterfront, we turned into Beihai Park in China and I guarantee you would not notice the difference. We have done the same thing with Rising Suns."

"We turned the Powassan sandpits into Judea," recalls Bristow.

"I can guarantee you if I put up a photo of that and a photo up from Jerusalem you won't be able to tell the difference."