This week in Weekend Wine, Vin takes us on a tour of some of the best values you can find in wine as we begin to prepare for the holidays
Nov 18, 2017 11:13 AM By: Vin Greco

Though we are barely past Remembrance Day, the LCBO is already stocking the shelves with its holiday gift items.  Many are regular products “spiffied up” in their holiday best. Others are special packages created just for the season, some available only on line.

For the on-line items, there is a $12 delivery fee if sent to your door, with a minimum order of $50, with delivery in 2-4 days.  With a 1-2 week delivery window, you can have your selections sent to your local store for pick-up and thus save the $12, but that means you will have to place your order in time to ensure timely arrival.

The package pictured below includes a bottle of Inniskillin Vidal Ice Wine, 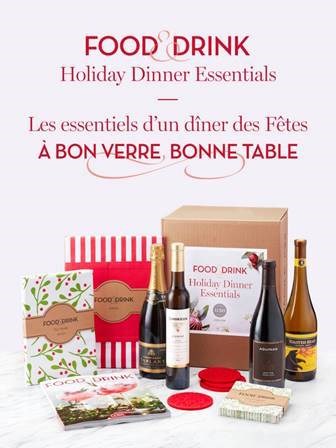 Aquinas Pinot Noir, Toasted Head Chardonnay, and Tarlant Champagne, along with napkins, coasters tea towels and an apron for $150. Considering the cost of the wines individually, this is a decent buy. Check the LCBO on-line in order to purchase.

Nothing suggests “celebrate” As much as a sparkling wine, and so you will find many options sharing shelf space. The Spanish Cava house, Freixenet is well represented. In addition to the stand-by Cordon Negro Brut Cava which appears every year boxed up with two champagne flutes, $19.95, there is also a Prosecco, $19.95 in a lovely faceted bottle resembling cut glass. This is a bit unusual, too, as the Spanish company actually makes this in “Prosecco Country”, northern Italy.

Decanter has given it a respectable 89 for its “crunchy apple” and “lick of sweetness”. It is already sold out in Sault Ste. Marie and Timmins, but there are 15 bottles at time of writing at the Kingsway and Barrydowne store in Sudbury, if you really have to have it.

Freixenet also has a two-bottle package of its Elyssia Cavas consisting of one Gran Cuvée Pinot Noir and one Rosé for $42.95. The winery refers to crisp complex flavours of raspberry and blackberry.

Santero Moscato Spumante, $14.95, is a sweet sparkler from northern Italy which 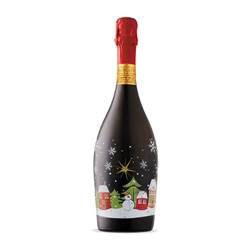 captures the festive spirit simply and inexpensively.  It is a bit drier than some moscatos, but is relatively similar to the one you may remember, the Martini and Rossi Asti. The decoration says it all, so it is a no-brainer as a gift or for your own informal celebrations.

A particularly attractive offering is the Taylor Fladgate 325 Limited Edition Port, $46.95, celebrating the company’s 325th anniversary. It is a blend of 10, 20, 30 and 40 year-old tawny ports. Decanter describes it as “complex, layered and as stylish as it is special” -94. 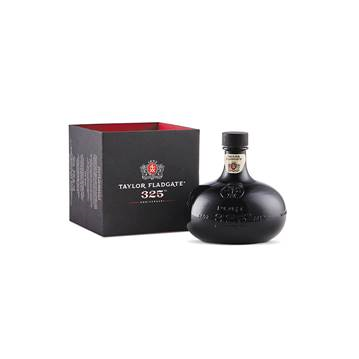 Italy’s Tommasi offers a package  of its Graticcio and Pinot Grigio for $32.95. The Graticcio made from partially dried grapes, has some rich black cherry going for it, while the Pinot Grigio is lively and bright. Both have been very well received by the critics.

Last article, I wrote about the Robert Mondavi Private Selection Bourbon Barrel Cabernet Sauvignon and Chardonnay, $20.95 and $19.95 respectively. These wines are really just here for the season, and would make great gifts in their own right, being distinctive and flavourful. The bourbon barrel-aging is enough to set them apart from most other Cabs and Chards in this price range. Intriguing on their own, they would also stand up well to spicier fare.

With the Holiday Season, packaging at times trumps everything else. That may be the case with Skate, a Canadian whiskey packaged in a glass skate set in a puck, $49.95 for the 750 ml. bottle. As for taste, my understanding is that it is acceptable, but would be better with more barrel-age. 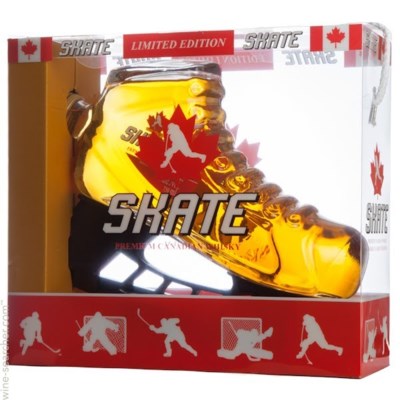 One thing about gifting wines and spirits, you don’t really have to worry if the recipient already happens to have the product. Nevertheless, try to pick something you both like!

Casillero Del Diablo Sauvignon Blanc 2016, $11, (-$2) is a bargain at its regular price, and regularly wins best value awards in the press. Wine Align has given this vintage an 88 for its “good varietal character” and “fruity citrus notes.”

G. Marquis The Silver Line Chardonnay 2016, $15.95 (-$2) from Niagara and now in Vintages, is described by David Lawrason of Wine Align as “quite full flavoured, smooth and rich… with considerable nuttiness, fudge and honey.”

Bouchard Père & Fils Petit Chablis, $20, (-$2) From a reliable producer in Burgundy comes from a very good vintage and is richer than normal, with crisp and steely fruit.

Villa Annaberta Ripasso Superiore, 2014, $15.05 (-$3) impressed me when I wrote about it last column for its depth and smoothness. At this price it impresses me even more.

Masi Campofiorin IGT, $18.45, (-$3.50) is another top-notch ripasso promising rich cherry/berry, sandalwood and spice flavours. It is always a solid choice.

Masi Tupungato Passo Doble, $10.95 (-$3) is the South American version of the company’s ripasso, this time using Argentine Malbec along with the Veneto’s Corvina. Reviews vary, some finding it a bit rough, others finding it both savoury and fruity. Still, it is worth trying, just to see how it stacks up to ripassos that you may already have tried.

Beringer Founder’s Estate Cabernet Sauvignon, $15.55 (-$3) will be lighter than some other California examples, but is very fruit-forward with blackberry and cherry, along with vanilla spice –quite well received.

Aquinas Pinot Noir, $16.95 (-$3) from Don Sebastiani & Sons in California, is one of the wines in the $150 gift package, and so you can get a partial preview of what to expect if you pick up a  bottle. It offers dark cherry and plum in a smoothly textured, medium bodied wine.

There are many more very good selections, including Louis Martini Napa Valley Cabernet Sauvignon, $29.95, (-$5) and the Codorniu Brut Clasico Sparkling wine, $11.95, (-$2) from Spain. Check the shelves by this Sunday, and you won’t be sorry.

There are many excellent wines on this release, many of them pushing the limits of the average drinker, price-wise. But then, it is the holidays, and people are going to be tempted to climb a little higher on the cost. Yet, there remain a number of solid options in our regular comfort zone.

Fielding Unoaked Chardonnay 2016, $14.95, Niagara.  Being un-oaked the crispness will show through, with apple and pear, though even pineapple hints may be detected. The Vintages panel also considers it to have a fairly rich texture.

Tawse Sketches of Niagara Riesling 2015, $18.95, is a reliable off-dry example. This shows loads of energy with peach/apricot fruit according to Natalie McLean, and is capable of aging and developing according to winealign.com’s Michael Godel.

Concha yToro Marqués de Casa Concha Chardonnay 2015, $19.95, from Chile is described as “profound, lush, with acidity that cuts through the ripe flavours.” Descorchados – 94.

Fazio Aegades Grillo 2015, $17.95 from Sicily is another of those southern Italian whites that are very appealing. On the nose, “tropical tones, citrus, passion fruit and peach” with “crisp and well delineated” fruit. 90+ -robert.parker.com.

Finca Flichman Gran Caballero De La Cepa Malbec 2014, $16.95, is one of three very excellent and tempting Malbecs from Argentina. (The others are Callejón Del Crimen Gran Reserva 2014, $23.95, and Susano Balbo Crios 2015.) Expect “a lot of complexity and tension on the palate with bright dark fruits and beautifully integrated oak underpinned by an amazing refined structure.” 95 – Decanter World Wine Awards 2015.

Le Calvane Quercione Chianti 2015, $14.95. A B.C. Blogger, My Wine Pal, calls it “a lighter bodied wine with lots of ripe red fruit flavours that is soft on the palate but still enough tannins to provide structure. A great buy,” giving it 4 and a half stars out of five – and that is with a $19 price tag in British Columbia.

There are many, many other terrific wines in the $18 to $30 range, particularly from Australia, Italy and France.  Talk with your consultants, and stock up.