The transformation from overweight heart attack victim to bodybuilder 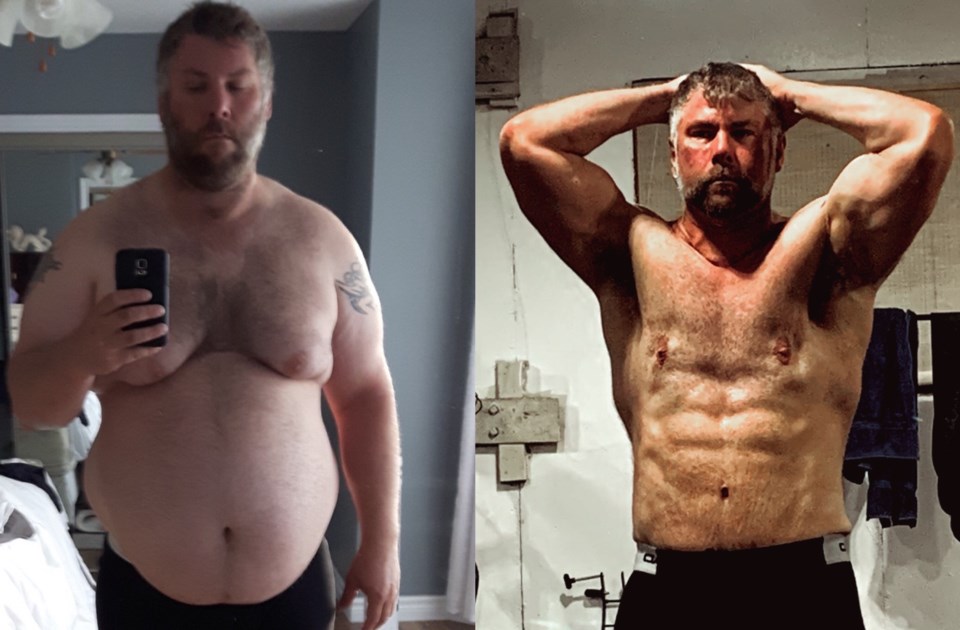 Blake Gauthier believes you are never too old to try something new.

The 46-year-old from Callander has been on an amazing journey of transformation since 2018.

Since then he has battled back from near death from a heart attack and depression to shedding more than 250 pounds, and now he is preparing for his first-ever bodybuilding meet this June in Sudbury.

Gauthier admits the path to mental and physical health has been a bumpy one.

"It has been a couple of years and I really questioned did I have it in me to get back into shape after everything that happened. I convinced myself I did not want to live my life in bed and not wanting to see the next day because I was so down so I knew I had to make a change or my daughter would not have a dad," Gauthier said candidly.

"If it would not have been a heart attack, it would have been from taking my own life because I was in such a bad place," he said.

While the pandemic has been lonely for many, Gauthier has used social media as a tool to share his hard work with others, and now he has become an inspiration for others.

A girl who started following his story reached out to him about three weeks ago.

He gets a lot of motivation from his social media followers that reply to him and tell them how he's helped them lose weight after watching his journey.

"She's been following my story for over a year and she has lost 150 pounds because I helped motivate her to get off the couch and get going herself," said Gauthier.

Gauthier's transformation has even attracted attention from Inside Fitness magazine along with a story on bodybuilding.com.

Getting in workouts during the pandemic has become easier too now that he is working his day job from home. Gauthier also upgraded his garage into a full-fledged gym that has all the amenities of any of the major fitness centres in the city including a squat rack, smith machine, treadmill, rowing machine, and dumbbells.

"I made the choice with the extra time that I have because I work from home now," said the former North Bay Senior Bulldogs football player.

"Instead of losing an hour driving back and forth to North Bay each day, I can use that time to do cardio in the mornings, lift weights in the afternoon. I hate to say it, but this pandemic has actually been pretty good for me."

Gauthier believes now he is in better shape than he was in his twenties and it feels good.

"My girlfriend is 34 and the fact that I can keep up to her means a lot to me," he said.

"My daughter, who is 16, asks me to slow down when we are together because she has a hard time keeping up with me. It is little things like that which make it so worthwhile.

Gauthier hopes all of this attention and success will even make him a better dad.

"The bodybuilding and the recognition I am getting from it is nice in its own right, but that is not why I am doing it. I am doing it so I can keep up with my daughter so my daughter does have a father as she gets older," he said.