This week in Wine all the Time, Vincent shares some insights on Toro Bravo Tempranillo-Merlot 2017 and other finds
Feb 9, 2019 10:00 AM By: Vin Greco 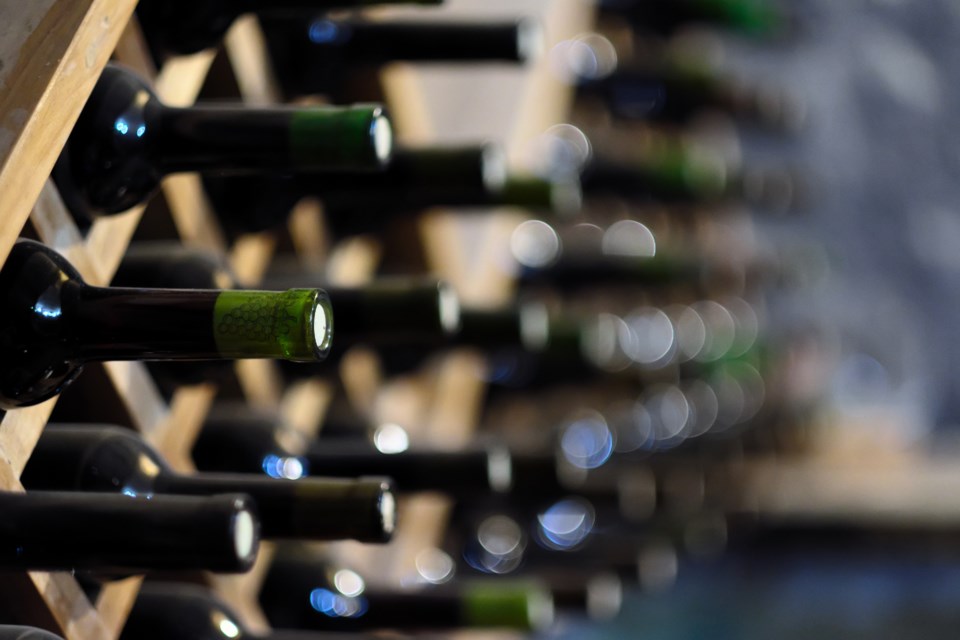 If you haven’t yet tried the Toro Bravo Tempranillo-Merlot 2017 red from Valencia in Spain, be patient. Newly listed at the LCBO in January, by the first weekend in February, it was virtually sold out. At time of writing, there are 10 bottles available in the province, total- and they may be “phantoms” – bottles that no longer exist, but still appear in inventory.

So, what is going on?

Late in January, the wine was reviewed by Toronto Star Wine Columnist Carolyn Evans Hammond. Her reviews, which appear weekly, have a distinct flair. It is hard to imagine wines described more attractively – and yet, at the same time, accurately.

Of this wine, she wrote, “Toro Bravo calls to mind Black Forest cake on the nose, followed by a flood of flavour—cherries dipped in dark chocolate, tobacco, earth, and coffee—with a dusting of dark cocoa powder that lingers. Medium-bodied with a bright seam of mouthwatering acidity and a slightly chalky finish, this affable Spanish red offers outstanding value.”

Outstanding value? Absolutely. $7.95! The icing on the cake is that she awarded it a 96, the highest she has ever given a wine under $10. We must keep in mind that, in scoring wines, Ms. Hammond likes to compare apples to apples. Relative to other wines in this price range, this wine is, in her opinion, outstanding. She isn’t grading it against wines in the $15 to $20, but even there it could score respectably.

Carolyn Evans Hammond went on to explain, “It’s the kind of wine you put on the table and want to keep refilling your glass with all night long. It’s not the fruit bomb you usually get at this price point.” In fact, in determining the blend for Toro Bravo, it was decided not to play with sugar etc. to pump up the fruit – it is instead the best that the grapes themselves can offer.

I am sure that Ms. Hammond’s wonderful description and the “96” together were responsible for the wine’s magnificent success and sell-out.

Wanting to know what this is all about, I was able to purchase a couple of bottles. I was prepared to be a bit skeptical. That was unnecessary.  The wine is very good, and at the price, a steal. There is good fruit on the nose, significant depth and balance with an overall dry effect. The fruit on the mid-palate is followed by significant dry tannins and, to me, an almost charcoal-like note on the finish. (Carolyn Evans Hammond referenced “chalk”.) My first thought was to fire up the barbecue to grill a strip loin. The match would be perfect.

The Toro Bravo story gets even better when you learn how the wine came to be. The wine is a collaboration between Toronto importer Alex Patinios of Dionysus Imports and Melanie Nathou, a négociant who owns Wines & Company in Valencia in Spain. 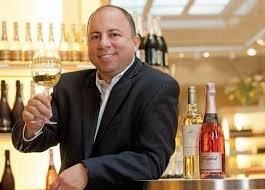 Alex recognized two years ago that there were few new value wines coming into our market at a time of economic slow-down.

After discussions with Melanie, Alex was able to check out various samples of Tempranillo and Merlot from Valencia, and found several were fantastic.  He then experimented with some blending, came up with some options, and discovered that, in Spain, Melanie’s team had arrived at basically the same conclusions. Essentially, Toro Bravo was born, with the wine made under the direction of Wines & Company.

Alex explained that while the wine cannot fully be considered “old vine”, most of the plantings in Valencia, are older, and the fruit, because of that, can be quite good.

“Spanish Village where Toro Bravo is produced, 40 km from Valencia”

Once the blend was established, Alex then went to work to convince the LCBO that this was a wine for its shelves. It was originally tasted by the LCBO in April 2018. Originally, they wanted to commit to roughly 700 cases, but Alex managed to have them order 3400 cases, plenty it seemed for the whole province.

The wine first appeared on the shelves in Timmins the morning of Thursday January 18. As of February 3, almost all 3400 cases of Toro Bravo 2017 in Ontario had been sold.

Today, there are 17,000 additional cases on order and in transit, so that the shelves will begin to be restocked in a few weeks; however it won’t be until the beginning of April that the stores and the warehouses will be fully replenished – if you want it, buy it as soon as you see it, as it will continue to be a hot commodity.

Thinking ahead, Alex last summer advised Melanie to source sufficient quantities from the 2018 harvest to produce 100,000 cases, all the while maintaining the quality currently achieved. Not only is the demand high in Ontario, but other jurisdictions across the country and elsewhere are eager to bring Toro Bravo to their markets. 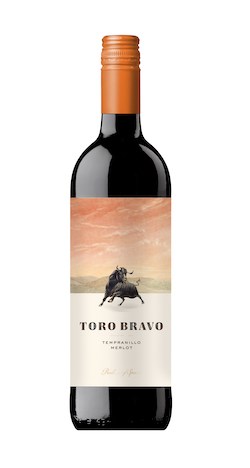 Of the calls Alex is receiving for Toro Bravo, about a third are asking about a Toro Bravo white wine. Alex hopes that by late summer a Verdejo/Sauvignon blend will be available for purchase.

Spain, however is not the only country whose wines Dionysus Imports represent. Alex is excited about another white he will have in stores in late summer. Te Henga Sauvignon Blanc is from the heartland for New Zealand Sauvignon Blancs, Marlborough, and will retail for $12.95. Other wines near (but above) this price point are generic, sourced from regions throughout New Zealand, but this is pure Marlborough. Alex believes it can rival other wines that generally market for $19 or $20.

So, be patient, and alert. Toro Bravo and companion good-value wines are on their way!

Strandveld First Sighting Sauvignon Blanc 2017, $13.95 – If Sauvignon Blanc is your thing, how can you resist a decent example at this price? The Decanter World Wine Awards 2018 awarded this South African a 97. 15% Semillon gives a silky slickness to the mouthfeel, while the wine retains the lime/grapefruit traits which people expect when they drink this varietal.

We don’t usually see Sauvignon Blanc from the south of France, but Liboreau Charentes 2017 is another $13.95 example not to be missed. According to Vintages, “This is a ripe, intensely flavourful Savvy showing juicy guava, passion fruit, green veggies and citrus wrapped in a ribbon of bright acidity.”

Chateau De La Grange Vielles Vignes Côtes de Grand Lieu Muscadet 2016, $13.95, from the Loire is the kind of wine that made God decide we need fish. Vintages tells us that the vines which produced this wine are over 40 years old – the result, lower yield and higher quality. We are told to expect “bright lemon citrus and pear” in a wine that is “fresh and flavourful with a zesty acidity.

Werner Anselmann Gewürtztraminer Kabinett  2017, $15.95, from Germany’s Pfalz region is at the other end of the sweetness spectrum from the preceding recommendations, coming in with 47 grams of residual sugar per litre. Spicy Thai dishes or very sharp cheeses are recommended pairings.

Leaning Post The Fifty Chardonnay 2016, $22.95, from the Niagara Peninsula, is a bit more expensive, but winealign.com’s David Lawrason, whose scores are often more conservative than those of some others, thinks enough of it to give it a 91. He says it is “full bodied, smooth, elegant and rich with lovely balance and excellent length.”

Moulin de Gassac Cabernet Sauvignon 2017, $13.95 – This is a new, second label for Mas de Gassac, one of the most respected producers in France’s Languedoc. Given their reputation, this wine should be a “sure thing”. Vintages tells us to expect a “bright red berry core and a savoury undertone.”

Masserie Pisari Primitivo 2017, $13.95, is a regular visitor to the Vintages shelves.

Made at the heel of Italy in Puglia close to the Adriatic coast, this wine made with fruit from vines that were 16 years old offers ripe dark fruit, along with good texture with tannic support. It is made from essentially the same grape that gives us Zinfandel.

Chateau Recougne 2015, $16.95, is from a highly rated Vintage in Bordeaux. Predominantly Merlot, it is described by Jeb Dunnock as a “ripe sexy, balanced 2015 loaded with bright cherry fruit, violets, earth and tobacco-laced herbs.” – 88

The popular Australian Sister’s Run Epiphany Shiraz is back. The 2017, $17.95, with a Platinum from the 2018 Sommelier Challenge, is described by James Halliday as displaying “cloves, roasted plums, touches of graphite and peppercorn. This is a wine of richness and style, the value high, the enjoyment likewise. Feel and flavour at a very tasty price."

Viña Leyda Canelo Single Vineyard Syrah 2015, $19.95, from Chile, is “serious, grippy, and deeply coloured with anchovy and black olive flavours and layers of savoury tannins,” writes Tim Atkin – 94. It will be more approachable now if you decant and let it breathe for a few hours, and it can be cellared for at least 8 years. It will provide a significant contrast with the Shiraz described above.

The G. Marquis Silver Line wines honour the late Gabe Magnotta who was both a visionary and a maverick in Ontario. For years, Gabe, who died from complications associated with Lyme’s Disease, successfully carved his own path in the Ontario beverage industry in the face of what he considered unreasonable expectations on the part of the LCBO. The company has since made its peace with the Liquor Control Board, and now we see more and more of their wines in our stores.

The G. Marquis The Silver Line Pinot Noir, $2 off at $17.95 until March 3, offers very good value. A pale ruby in colour, the wine carries cherry and earth notes on the nose which lead to plum, tart cherry, toasted nut and herb flavours and a lightly tannic finish.