The tale of Lighthouse's 'Sunny Days'

It seems like the Canadian band Lighthouse has been around forever. In fact, the band is celebrating 50 years playing the classic hits the audience loves to hear.
Oct 16, 2019 6:00 PM By: Jeff Turl 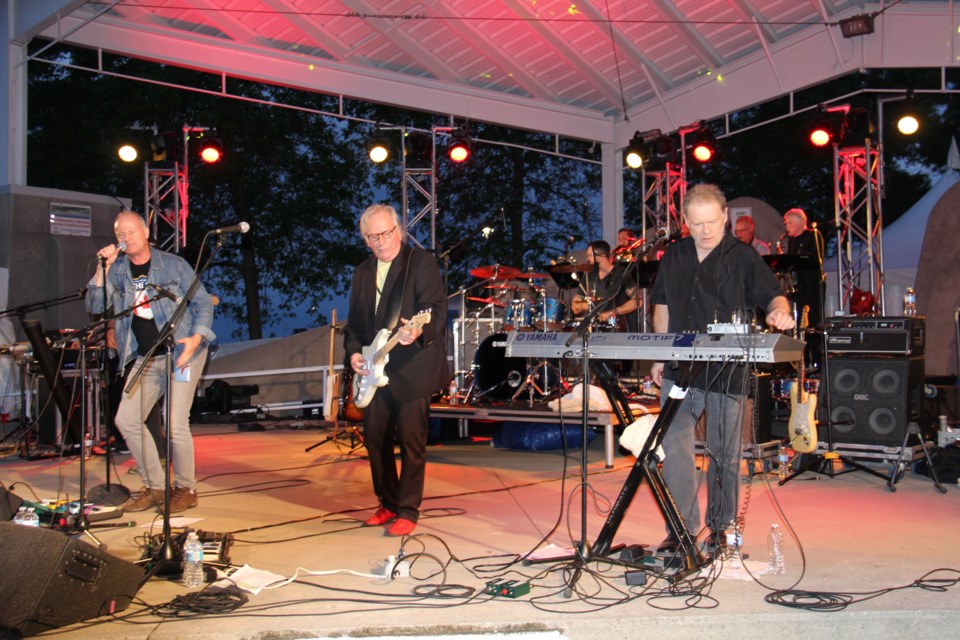 Lighthouse playing at the Kiwanis band shell on the waterfront. Jeff Turl/BayToday.

It seems like the Canadian band Lighthouse has been around forever.

In fact, the band is celebrating 50 years playing the classic hits the audience loves to hear.

Early on, album sales suffered because of the long songs the band played and AM radio, which wanted short tunes, wouldn't play their stuff.

Maybe the most popular is Sunny Days.

Here's the back story.

Band co-founder Paul Hoffert told BayToday that Prokop wrote the song and he arranged it.

"My inspiration was the Count Basie Band and the way they played blues piano. When Skip wrote it, he had in his backyard one of those cheap Canadian Tire plastic swimming pools that you inflate and he and his kids used to go into the back yard and he'd sit on his back porch and listen to tunes on the radio and have a beer.

"Just for the record, what he meant when he said 'Sittin' stoned alone in my backyard' was he'd had a couple of beers," explained Hoffert. "Not that it makes a difference one way or another these days. Everyone puts their own ideas into lyrics."

There's also a line that says "Ain't nothin' better in the world, you know, than lyin' in the sun with your radio."

Was that line in there to get extra radio airplay, as radio loves self-promotion?

Hoffert laughs, then denies it.

"It was actually taken from an incident that sparked Skip to write that particular lyric about sitting on his back porch, having a couple of beers and listening to the radio. It was an accidental consequence as many things are. It wasn't put in for commercial reasons at all."

Lighthouse is back in North Bay tomorrow (Thursday) at the Capitol Centre. The first note starts at 7:30.