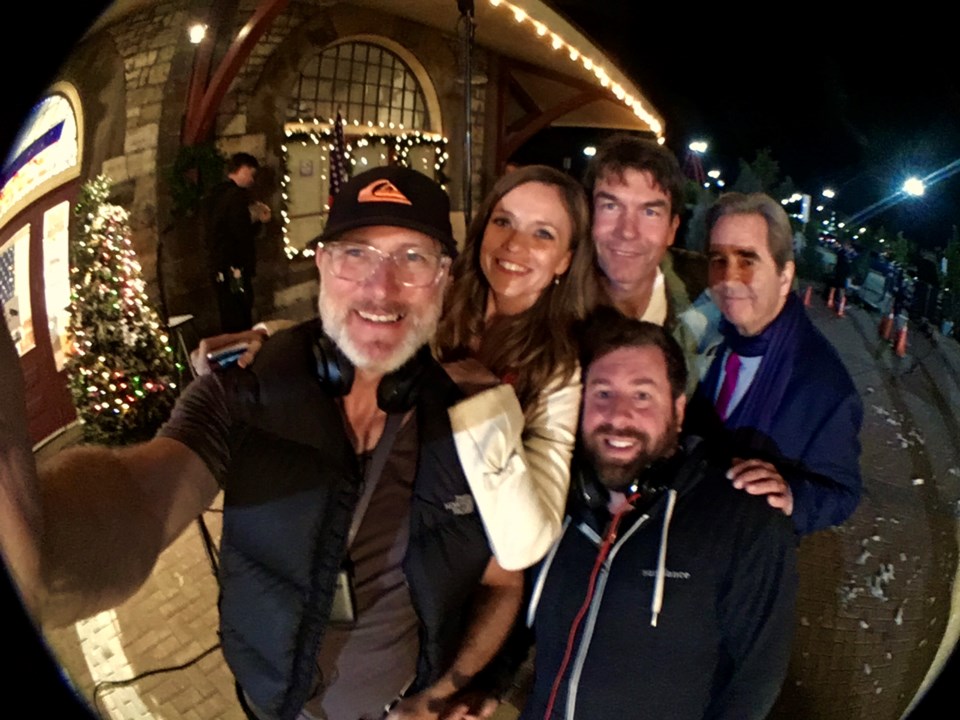 North Bay has really felt like Hollywood these days.

Not only does it feel like southern California due to the heat, but because of all the films that are being shot in the area this summer.

Ironically during the recent heat wave, producers of Angel Falls have been trying to mimic winter during the shooting of the latest Hallmark Christmas movie “Angel Falls.”

Despite the heat, downtown was transformed into a winter wonderland thanks to technology and some fancy environmentally friendly foam which covered the streets of Main Street to mimic the real stuff which, naturally, won’t be hard to find come December.

David Anselmo, is the show producer with Hideaway Pictures based out of Sudbury.  He says this is at least their eighth Hallmark movie produced in the area over the past four years.

“North Bay brings a very unique look to what we’re doing and a lot of it has to do with Main Street. Main Street has been kept in its past glory, let’s say, whereas most downtowns get revitalized in a sense where they upgrade the look of downtown. North Bay has kept that beautiful look from the past which really plays well in a lot of our movies and adds a lot of our production value for us. So we’re really excited to be here.”

“Beau has been up here for three movies before with the Flower Shop series, so when we saw the opportunity to bring him back it was very easy for us to get him because he loved his experience in North Bay on those shows, so it was great to come back to North Bay and Canada to make this,” said Anselmo.

The Sudbury raised producer gives us what he can on the movie which will be ready for viewing this Christmas.

“Angel Falls is about an angel who is sent on a mission on Christmas to come to Angel Falls and help them find their Christmas spirit. Played by Rachel Boston, the character of Gabby, and her mentor angel, Michael, played by Beau Bridges. She comes down to help the town regain that Christmas spirit and falls in love in the process, as all beautiful Hallmark movies do,” described Anselmo.

“I think you’re going to have to wait until the end of the movie to find out what happens, can’t reveal those secrets.”

Anselmo and the crews are expected to be finished production in North Bay before the end of September.