The North Bay Astronomy Club says the club will be at the waterfront by the old Chief at 7:15 a.m. and will have four or five telescopes set up for public viewing of the event
0
Nov 7, 2019 4:00 PM By: BayToday Staff 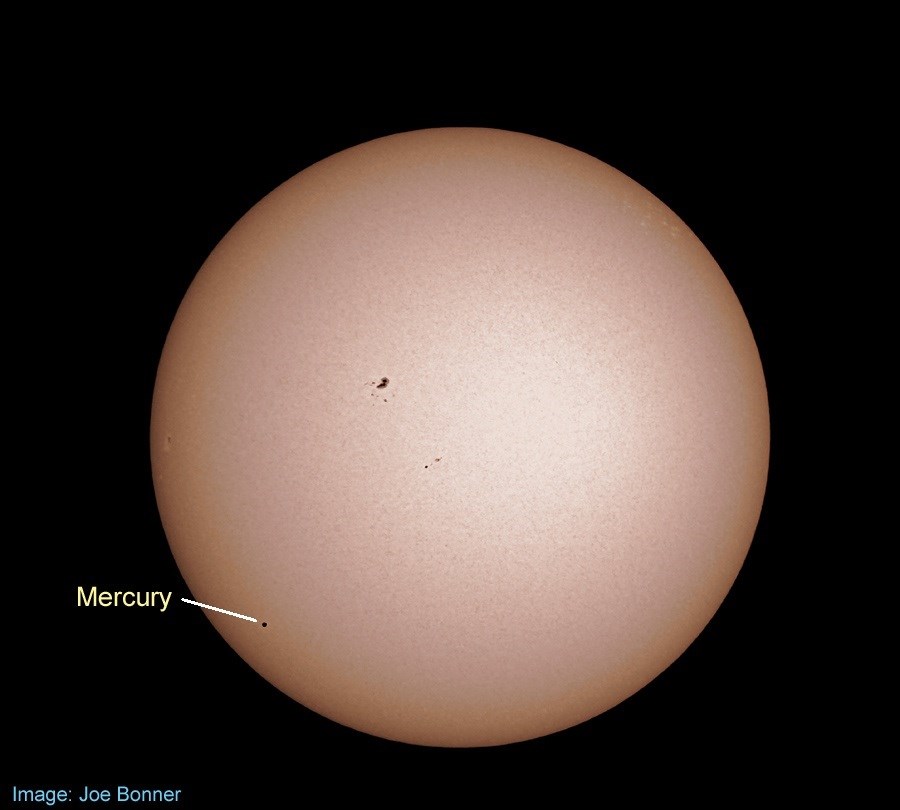 Mercury crossing the face of the sun. Courtesy Joe Bonner.

Mercury is the closest planet from the sun and orbits once every 88 days.

On occasion when the geometry is correct, the planet crosses the face of the sun as seen from earth. Such a transit will occur on November 11 (Remembrance Day).

Remember to NEVER LOOK AT THE SUN WITHOUT PROPER PROTECTION. The safest way to enjoy this event is to reach out to your local astronomy group or club to see if they are organizing any viewing parties.

President: Bill Montague of the North Bay Astronomy Club told BayToday that the club will be at the waterfront by the old Chief at 7:15 a.m. and will have four or five telescopes set up for public viewing of the event.

This is a great opportunity to look at and learn about our closest star – the Sun. The last Mercury transit occurred in 2016 with the next one taking place on November 13, 2032.

Known as “The Backyard Astronomer”, Gary Boyle is an astronomy educator, guest speaker and monthly columnist for the Royal Astronomical Society of Canada. He has been interviewed on more than 50 Canadian radio stations and local Ottawa TV. In recognition of his public outreach in astronomy, the International Astronomical Union has honoured him with the naming of Asteroid (22406) Garyboyle.