'They were trying to make it mean and lean and attractive to get bought out. We were definitely seeing something coming because it didn't make sense'
May 25, 2017 4:00 PM By: Jeff Turl 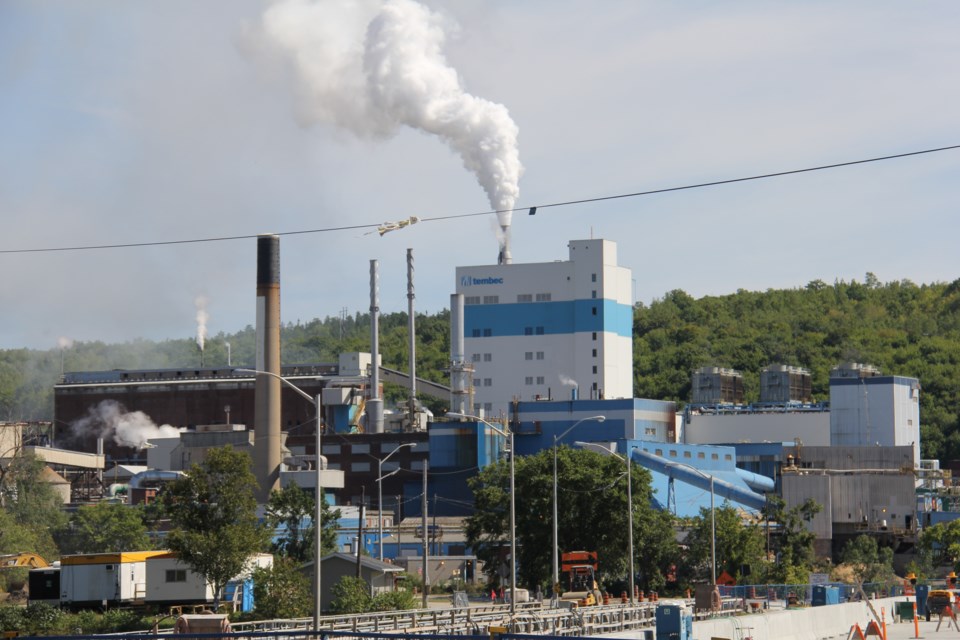 The Tembec plant in Temiscaming Quebec. Photo by Jeff Turl.

Tembec's biggest competitor will buy out the company in a friendly takeover, and Unifor Local 233 President Roger Gauthier says he was shocked to hear it was Rayonier, but not that Tembec was being sold.

"We had a reduction in our workforce by 50 or 60 employees since the strike," Gauthier told BayToday. "They were trying to make it mean and lean and attractive to get bought out. We were definitely seeing something coming because it didn't make sense. We had mediation meetings where we resolved 90 per cent of our grievances, and we're not used to that so we were saying there's got to be something coming up, something big coming, and voila!"

A two-week strike by 650 workers in Dec. 2014 resulted in a four-year deal with the company, but layoffs continued.

And: Tembec workers on strike

But Gauthier is hoping the new owners will want to upgrade the local product.

"They're going to want to make our pulp just as good as their standard pulps. I think for the town that's going to be positive. They wouldn't buy a place to keep making the same pulp. They're going to want to make it their high-grade quality pulps that they are used to making. I think it's going to secure employment. Now the problem is, are they going to continue with job cuts like we've already started doing which gives a lot of insecurity. With baby boomers retiring in the next five years I'm going to lose a third of the workforce here and if they don't start hiring and training people to be competent to make pulp, I'm worried about what's going to happen."

Gauthier admits the mood of the employees on hearing the news this morning was "scary, scary, scary" but he was able to ease their fears.

"But on the other hand, they're not going to worry too much about what's going on in Canada. They'll have a central office in Montreal for Canadian operations but the head office is in Florida."

"I'm trying to keep a positive attitude about it. Everything I've heard today is positive. We're going to keep the work. That's the big thing."

Meanwhile, Renaud Gagné, the Québec Director of Unifor says the companies have assured the union that the transaction should not have an impact on jobs in Quebec in the short term.

"Ryaonier is committed to keeping the activities in Quebec and Ontario up to current levels and moving forward with the investment projects announced by Tembec. The past has taught us, however, that these announcements are often followed by the integration of companies that results in the loss of jobs in Quebec. We also regret that the head office of the company is not located in Quebec. We are concerned that the headquarters of Canadian operations in Montreal will have only a minor role in the direction of the company's operations and that the interests of Quebec will not be at the forefront of Rayonier's decisions."

Gagne added that the announcement adds uncertainty to an area already affected by the recent softwood lumber dispute with the United States.

"It is still too early to assess the impact of this announcement. We salute Rayonier's commitment to maintain the current level of operations in Quebec and Ontario and the investments planned by Tembec. Unifor will remain vigilant and will take the necessary actions to maintain quality jobs in the regions of Quebec and Ontario."