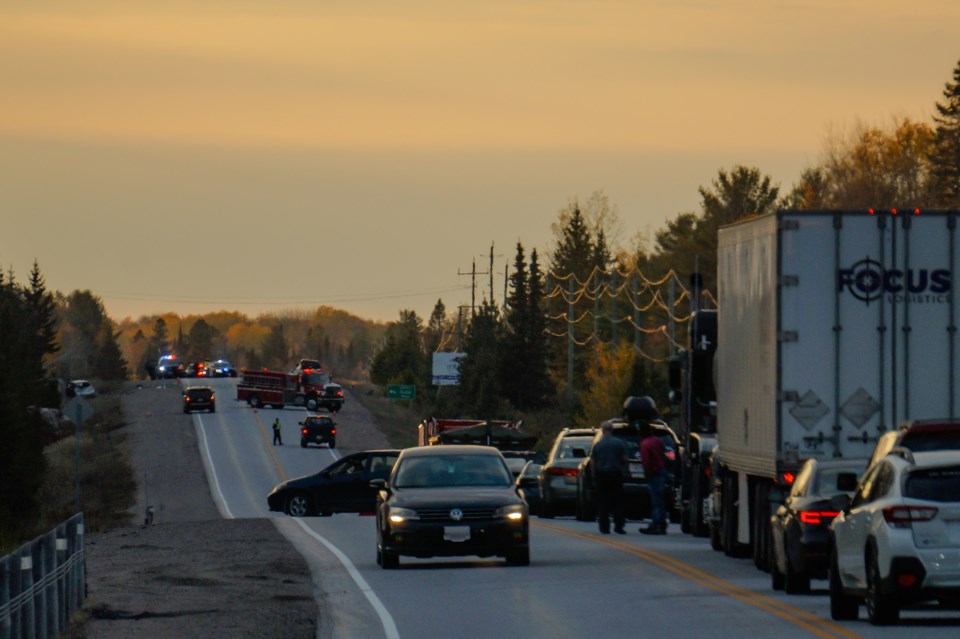 A teenager from Kemptville is now charged after a fatal two-car collision on Highway 17 this fall.

On October 20 at 4:45 p.m., North Bay OPP responded to a two-vehicle collision on Highway 17 in East Ferris Township.

A 74-year-old, from Timmins, who was a passenger in the eastbound vehicle containing four occupants, was pronounced dead at the scene. The other vehicle was westbound with two occupants.

Three others were seriously injured in the collision.

The driver of the westbound vehicle, Kendra Beanish,18, from Kemptville, Ontario, is charged with:

Beanish has been released on an Appearance Notice to attend the Ontario Court of Justice in North Bay on February 4.