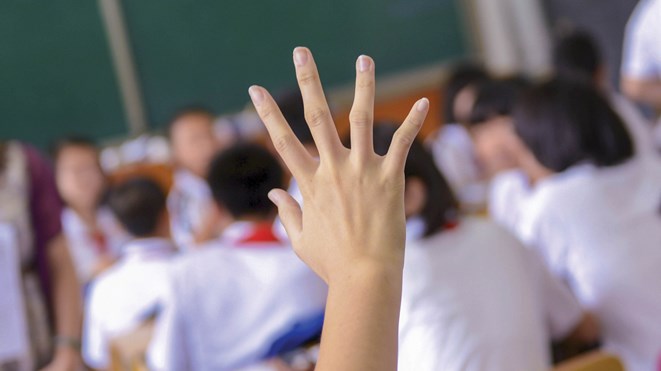 The union representing Ontario high school teachers will begin its first provincewide job action in more than 20 years on Nov. 26.

Today, the Ontario Secondary School Teachers’ Federation (OSSTF) announced their members will begin information pickets and work-to-rule job action next Tuesday as negotiations with the province enter their eighth month.

This week, Near North teachers voted  97 per cent in favour of strike action.

"My members are very frustrated with the lack of progress in negotiations," Glen Hodgson, President, District 4, told BayToday. "But they are very strong as you can see by the results. They are resolved they are going to stand up for public education."

The union says the job action will not impact students. Pickets will be held before or after school, or during lunch periods “to educate the public about the Ford government’s destructive plans for Ontario’s publicly-funded education system, and the negative effect those plans will have on the learning environment for students all across the province,” an OSSTF news release states.

Disagreements remain at the table on key issues, including compensation, Lecce said, and having an independent, third party involved would help reach deals. The offer comes as Lecce accused the unions of escalating the labour dispute.

The government is insisting on drastic cuts, and has demonstrated "a total lack of understanding or respect for the bargaining process," the Ontario English Catholic Teachers' Association said in a statement.

Negotiations between the province and the education unions started on tense terms a few months ago amid government moves to increase class sizes, and recent legislation limiting raises for all public sector workers to one per cent per year for three years has further angered teachers.

Elementary teachers are set to start a work-to-rule campaign on Nov. 26 that they say will target ministry and school board administrative tasks and will not affect student learning.

“The information pickets will not disrupt the regular school day and will have no effect on students in the classroom,” OSSTF said today in a statement. “Educators will simply distribute information to parents and to the general public.”

“Doug Ford’s Minister of Education would have Ontarians believe that he’s eager to get to a deal,” said OSSTF/FEESO president Harvey Bischof in a press release. “But the bargaining process has been underway for months now, and through that entire time the government side of the table has willfully avoided any meaningful discussion of issues that are crucial to the quality of education in Ontario.

“They have simply refused to acknowledge the devastating effect that increased class sizes, mandatory e-learning, and the loss of thousands of teacher and support staff positions will have on the province’s students.”

The union has launched a website — BargainingForEducation.ca — that it is using to argue its position.

-With files from The Canadian Press