Teachers and Support Staff back on the picket lines again 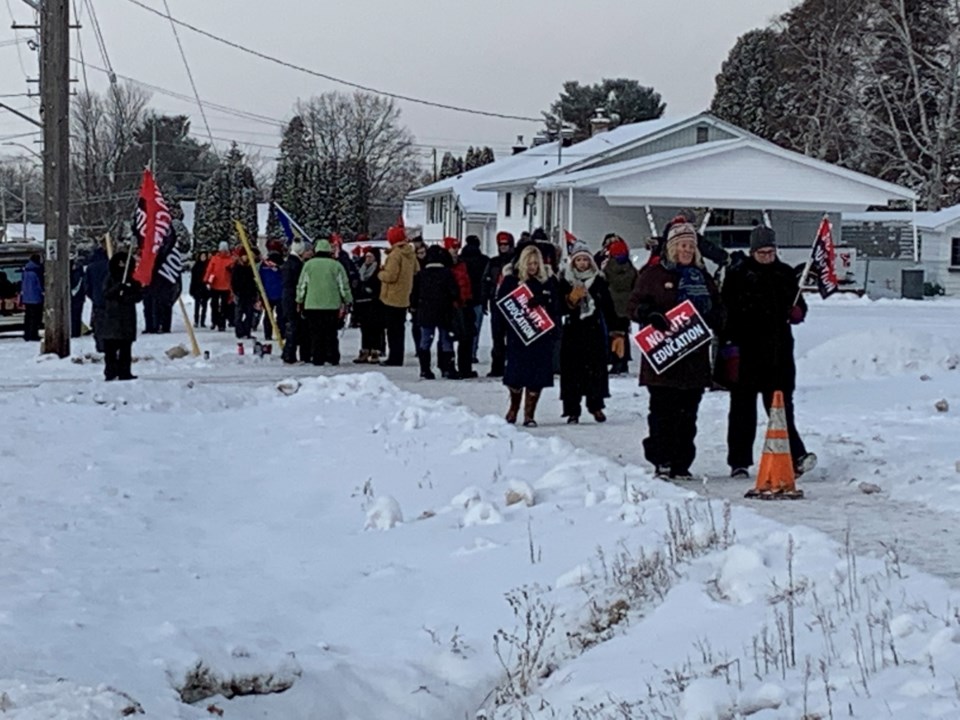 For the second time in a week, OSSTF teachers have announced a one-day full withdrawal of services/walkout on Wednesday.

"Our members would rather be in the classroom and our parents would rather have their kids in their schools but my members, parents and the public, they generally get the fact that we are out here for a reason and we are here to protect the public education system and this is about their kids and it is about the kind of learning will take place in those classrooms and what the future of public education will look like if the Ford government goes ahead with their drastic cuts."

The walkout was not just teachers it included local education workers as well which is why all Near North Schools were shut down today.

Nipissing MPP Vic Fedeli has been vocal about the walkouts.

"We call on OSSTF to cease from escalation, stay at the table, and focus on improving learning in classroom, not enhancing compensation for their members," said Fedeli in a release.

"Yesterday, our Government delivered another tentative agreement with education workers (EWAO) that keeps students in class. This is yet another example of our Government demonstrating reasonableness, and a focus on our students at the bargaining table. This tentative agreement, reached by all parties, delivers on the Government’s mandate to be reasonable, to focus on students, and to keep them in class where they belong.

“Union leadership has made clear they will strike again unless the government accepts their demand for a $1.5 billion increase in compensation, which includes pay and benefits. We value teachers and their commitment to our students. However, OSSTF teachers on average make over $92,000 per year and are the second-highest paid in the nation," continued Fedeli.

However, Fedeli says the government's aim is to have a fiscally sustainable education system.

"The Government has consistently been fair and reasonable, focused on keeping kids in class.  However, repeated escalation at the expense of our students’ education, to advance higher compensation, higher wages, and even more generous benefits, is unacceptable for parents and students in our province," said Fedeli.