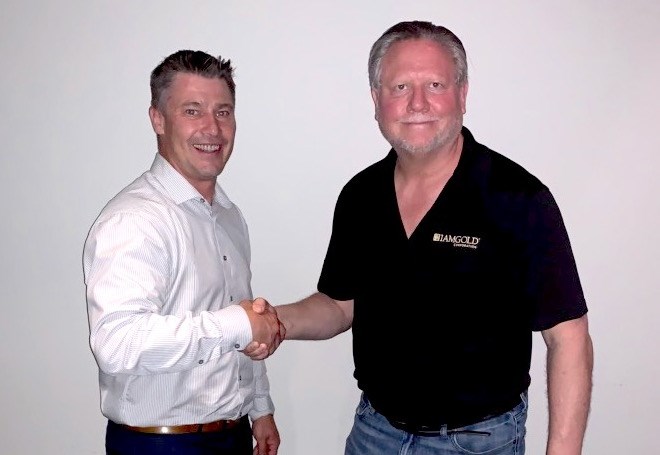 SUDBURY - The Town of Espanola could soon be host to Northern Ontario’s second commercial cannabis growing operation by the spring of 2020.

Sudbury-based GaiaCann Inc. is out to make a global name for itself in the medical marijuana business with a sizeable and scalable development in the northeastern Ontario paper mill town, 40 minutes west of Sudbury.

Their ambitious expansion plans over the next two to three years are already underway with construction started on a first-phase cultivation and extraction facility, located on the southeast corner of the community.

Founded last year by Jeff Scharf of Lively, the company also announced in late June it had signed a letter of intent to be acquired by ONEnergy Inc. of Toronto, a leading North American supplier of renewable energy systems.

Scharf was not immediately made available for comment but in a statement said: “We are beyond excited to have entered into a strategic relationship with ONEnergy. They have been such a valuable addition to our growing team, and we would like to thank them for their dedication and patience throughout this process.”

Scharf said his team has “aggressive expansion plans” and believes ONEnergy can help them reach a “new level of scientific growth” in the cannabis industry.

GaiaCann has a lofty goal to be a globally innovative “driving force” on the leading edge of new “plant-to-pharmacy” drug discoveries.

According to GaiaCann’s news release and investor information posted on the company’s website, their proposed first-stage 32,000-square-foot facility at 37 Panache Lake Road, dubbed “The Innovation Project,” will be its flagship operation when fully licensed and ready to go by March 2020. Production capacity will be 2,750 kilograms.

That will be followed by a larger, adjoining 100,000-square-foot facility, “The Greenhouse Project,” capable of producing 9,000 kilograms annually.

Construction on the second site would take place in 2020 with that facility operational by 2021.

A third leg of expansion would take place across town on a Queensway Avenue property.

The company anticipates total revenue of $149 million in its full year of operations and creating more than 100 full-time jobs between Espanola and a research lab in Sudbury.

To finance all this, GaiaCann plans to raise $20 million through debt and equity, as well as seek a publicly traded listing.

Already on their minds is international expansion.

In its investor presentation, GaiaCann is hinting at taking their proprietary growing techniques and production to South America, where cultivation costs would be lower per gram.

The company has received a high-level review confirmation from Health Canada and is in the process of obtaining more permits to do research and development, and analytical testing.

In the proposed arrangement with GaiaCann, ONEnergy will acquire all of the Sudbury company’s common shares in exchange for new shares of a ONEnergy spinoff company.

The acquisition would require approval by ONEnergy’s shareholders and the TSX Venture Exchange.

It looks to be a rapid ascent for Scharf, owner of Greenhouses Canada, a grow-op tech company, who announced his segue into the marijuana business with this new company just last year.

His progress was not lost on ONEnergy chairman is Stephen Letwin, who is also president-CEO of IAMGOLD, the owners of the Côté Gold mine project near Gogama.

“GaiaCann has made significant progress over a short period of time with respect to building its growing facilities in Northern Ontario and making its way to the final steps of becoming a licensed producer under the Cannabis Act,” Letwin said in a statement.

“Its management team is to be commended for making significant progress towards the goal of becoming a world leader in medical cannabis by producing cannabis that will exceed medical and compliance grade standards. We are strongly of the view that this opportunity will provide significant value for our shareholders.”

Scharf’s proposed operation follows on the heels of the commercial launch of 48North Cannabis Corp. near Kirkland Lake in early 2018.

The Toronto company’s indoor growing operation is inside a former provincial tree nursery building outside the gold mining town.