The strike lasted nearly four weeks and has resulted in the loss of winter reading week and an uncertain academic calendar for the students.
Nov 26, 2015 10:39 AM By: BayToday Staff 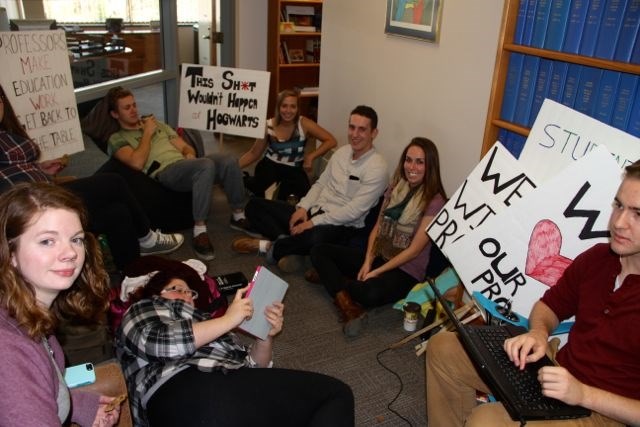 The Nipissing University Student Union is happy with the tentative deal.

The strike lasted nearly four weeks and has resulted in the loss of winter reading week and an uncertain academic calendar for the students. Students will now have the challenge of returning to their academic routines and adapting to the amended academic schedule.

“NUSU will be working to draft and implement academic relief measures in the Nipissing University Senate to attempt to help minimize damage to students. We will be approaching both Faculty and Administrative Senators to garner their support and we look forward to working with both parties,” stated Jordan Andrews, VP Internal of the Nipissing University Student Union.

Hall says it is NUSU’s mandate to hold both parties accountable to their messaging of putting students and their interests above their own.

“There are a lot of frayed relationships as a result of the strain placed on students. It is a responsibility of the entire Nipissing Community, especially Faculty and Administration, to restore in students the trust and feeling of belonging so unique to Nipissing University.”

Meanwhile, Nipissing MPP Vic Fedeli, in a news release said "News of a tentative agreement between Nipissing University and its faculty aimed at ending the nearly four-week strike is indeed welcome, and is a relief to students, parents and the community at large.  I want to thank so many members in our community for their persistent and vocal efforts to push for a negotiated settlement to this dispute.

"While this deal still needs to be ratified, I’m encouraged by the prospect of students being able to return to class soon. I will continue to press the provincial government on the need for labour peace at Ontario Northland, and proper ongoing funding support for North Bay Regional Health Centre."