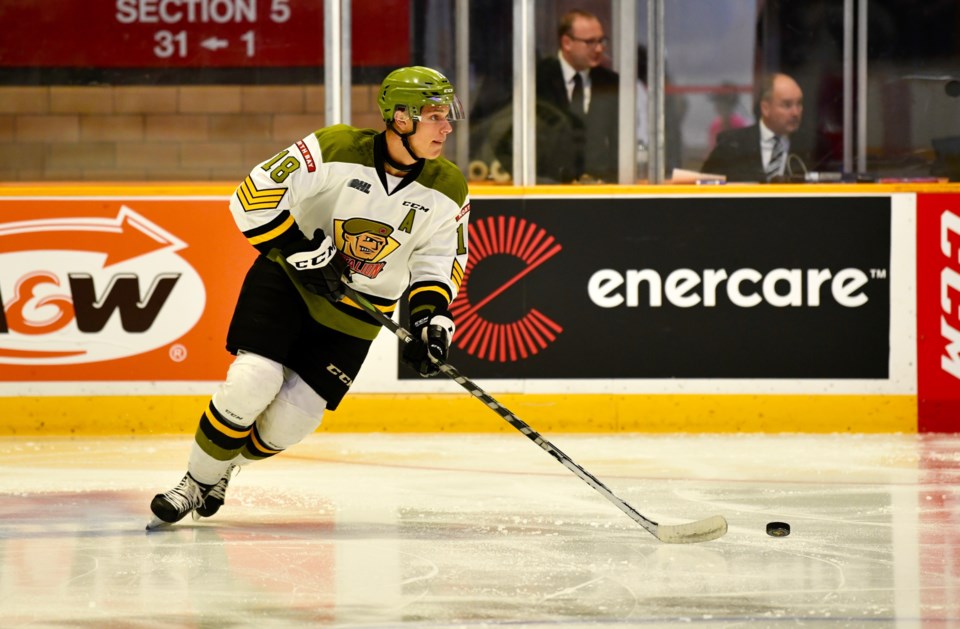 North Bay Battalion forward Matthew Struthers' hockey season did not come to an end when the Troops were eliminated by the Niagara IceDogs last Friday night.

The Rocket is the AHL affiliate team of the Montreal Canadiens.

While Justin Brazeau got all the accolades, his linemate Struthers quietly had a very solid year netting 31 goals along with 50 assists for 81 points this season with the Troops.

The London, Ontario product had one assist in the five-game series against Niagara.

Struthers joined the Battalion in January of 2018 when he was acquired from the Owen Sound Attack in exchange for forward Brett McKenzie.