The bylaw warns a person caught dumping waste on a street, lot, municipal park or water access point will get a $300 ticket
Jul 20, 2021 5:00 PM By: Rocco Fragione 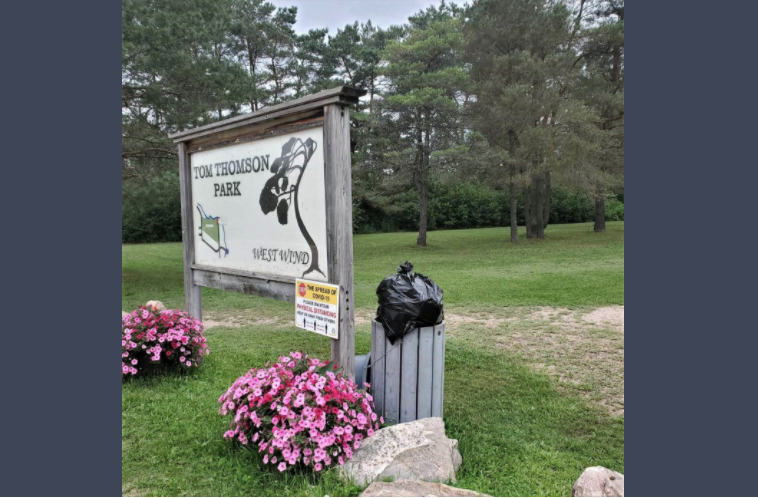 South River plans to pass a Garbage Control Bylaw to stop out of town residents from dumping garbage in the community.

Clerk administrator Don McArthur says with the closure of some Ministry of Natural Resources and Forestry landfill sites, people ending their camping stays are making the trip into South River and putting their garbage into municipal containers.

“This is more of an issue for people transporting garbage into South River from the unincorporated areas and this bylaw is specifically to deal with this,” McArthur said.

“People should not be transporting garbage into the village and putting the burden of the clean-up, the removal and processing of the garbage on the local taxpayers. We have a responsibility to pay for our own garbage and recycling. It's not our responsibility to look after other people's garbage.”

McArthur says the municipal containers are regularly emptied once a week and are supposed to contain garbage created by local residents, ranging from doggie poop bags to candy wrappers and other small-sized waste.

But McArthur says public works employees have been emptying the cans far more often, which he says interferes with their regularly scheduled work.

“You have people literally depositing full bags of garbage right on top of ours,” he said.

“And when they get filled quicker than normal, they're not available to anyone else. Our public works employees have to deal with it quickly because the garbage can't be left there for animals to rip open to get at what's inside. So our workers are picking up other people's garbage at considerable expense and it's not what we should be doing.”

McArthur says there have been instances where people drop off several bags of garbage next to or in close proximity to the containers and leave, believing what they did is acceptable.

To combat the issue, council is expected to approve the Garbage Control Bylaw at its July 26 meeting, calling for signs to be erected in specific areas saying the dumping of garbage from out-of-town residents is illegal.

The bylaw warns a person caught dumping waste on a street, lot, municipal park or water access point will get a $300 ticket.

McArthur says the municipality may have to go as far as to install cameras if the problem persists in an effort to catch the perpetrators and produce a recording of their actions.

Chris Fraser, bylaw enforcement officer, says the dumping of garbage by outsiders has been an ongoing issue, and is one neighbouring communities also experience.

In talking with fellow bylaw officers, Fraser says the Muskoka area has run into a problem where people are dumping garbage in dumpsters designed for residents with water-access properties.

“They not only throw out their garbage, but they also won't recycle,” Fraser said.

“So now you have a problem with recyclables mixed with garbage. Some people really feel the rules don't apply to them.”

Fraser says the proposed fines need to be high enough so people will think twice before dumping their garbage in the community.