Campaign Life Coalition's glowing endorsement of the local Conservative candidate wasn't supposed to be public. It leaked because of a security lapse on the pro-life organization's web site
0
Sep 16, 2019 6:00 PM By: David Helwig 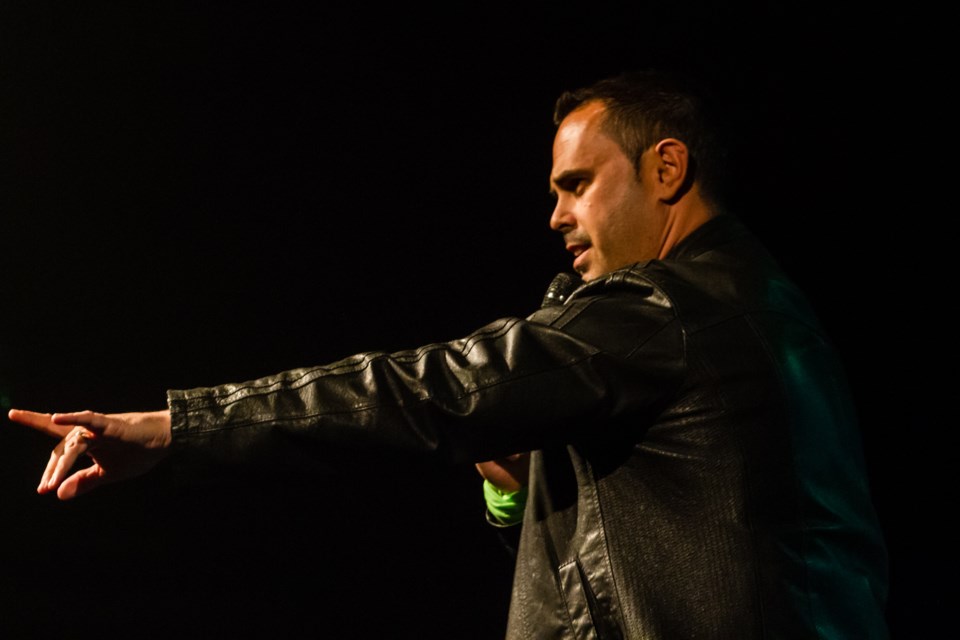 Sonny Spina denies saying there are no circumstances under which women should ever have access to an abortion. He's shown in this SooToday file photo emceeing The Sky's the Limit, presented by Algoma Family Services on May 10, 2018 for Children's Mental Health Week. Donna Hopper/SooToday

However, Spina is disputing some of the statements attributed to him, that made him the darling of local pro-lifers – the only Sault candidate endorsed by the organization.

Spina confirms that he answered questions from Campaign Life Coalition (CLC) during a lengthy telephone conversation several months ago, during the local riding association's nomination process.

Asked: "Do you believe that life begins at conception (fertilization)?" Spina confirms that he replied "yes."

Asked: "Do you support the conscience rights of health care professionals to refuse to do or refer for medical procedures which they oppose?" Spina also said "yes."

His answers to two other questions, as reported in what were supposed to be secret postings on CLC's website, are in dispute.

The organization says Spina said "no" when asked: "Are there any circumstances under which you believe a woman should have access to abortion?" with this added note from CLC: "Medical treatments to save the life of the mother and which result in the unintended death of her unborn child are not abortions. Eg. in case of tubal pregnancy or cervical cancer."

That reported response by Spina would preclude any support for women who've experienced sexual assault or incest.

And Spina says he raised exactly that point in his response to CLC, but it wasn't reported.

Spina also denies saying "yes" when asked: "If elected, would you vote in favour of a law to protect all unborn children from the time of conception (fertilization) onward?"

"This is not something that's going to be brought forward by our party," he tells us.

"It's certainly not something that I'm focusing on for Sault Ste. Marie at all. Our party allows for free votes on matters of conscience, not just for this matter, but any matter that would ever come forward relating to a matter of conscience. I would be free to vote the way the citizens of Sault Ste. Marie would want me to."

Spina says he's visited more than 18,000 households and hasn't heard about this issue even once.

The questionnaire responses by Spina and other candidates across Canada aren't supposed to be available to the general public.

CLC's federal election pages were taken down on June 30 to ensure compliance with Elections Canada restrictions on third-party advertising.

On Aug. 27 the information was reposted, this time behind a paywall intended to ensure it could only be read by the pro-life group's private database of donors and supporters.

But a SooToday reader was surprised over the weekend to find she was able to access the material by simply typing "Campaign Life" plus the name of any candidate into the Google search engine.

Jack Fonseca, CLC's political operations director, says the security lapse was unintentional and short-lived, just a few days at most.

"I think a redirect link got inadvertently broken very recently as a result of changes to the website," Fonseca says.

The leak was plugged this morning, shortly after SooToday started asking CLC about it.

Fonseca says when the paywall went up in August, he went to considerable lengths to make sure there were no alternate routes to access the data.

"I personally did a bunch of Google searches for various combinations and nothing came up."

Fonseca is upset at the Trudeau Liberals over the third-party advertising restrictions, which he says were never intended to reduce the amount of information available to the public.

He says CLC supporters are also upset over having to register as supporters and pay $2 to read the restricted-access election files.

"We've been getting a lot of anger from donors since we closed it down."

CLC describes itself as "working at all levels of government to secure full legal protection for all human beings, from the time of conception to natural death. We defend the sanctity of human life against threats posed by abortion, euthanasia, doctor-assisted suicide, reproductive and genetic technologies, cloning, infanticide, eugenics, population control, and threats to the family."

"Gave perfect answers to CLC's 2019 election survey with respect to abortion and euthanasia," the organization's website boasted about him.

McLean was also tagged "pro-LBGT" and McCleary was said to favour "anti-traditional marriage."

Caution was expressed about Amy Zuccato, local representative of the People's Party of Canada, to whom a survey had not yet been sent.

"In August 2019, Scheer departed from his pro-life past by promising journalists that he would 'oppose' any attempts by backbench Conservative MPs to bring forward pro-life private members' bills and motions," CLC said.

In August, his spokespersons have also boasted to the media about how Scheer actively supported an LGBTory policy resolution to abolish the party's long-time policy supporting natural marriage between one man and one woman," stated the group. "Scheer has drifted so far to the liberal left since becoming leader of the Opposition, that we can no longer rate him either 'pro-life' or 'pro-family'."

Among other national leaders, Justin Trudeau (Liberal), Jagmeet Singh (NDP) and Elizabeth May (Green) were all declared "not supportable."

"Bernier was a lifelong social liberal, supporting and promoting the LGBT agenda," the group said.

"As leader of the PPC, Bernier has continued to move in a more socially-conservative direction, calling late-term abortion 'murder' and pledging that if elected prime minister, he would repeal transgender ideology Bill C-16 on the grounds that it compels Canadians to utter government-mandated speech," stated CLC.  "He also pledged to stop funding overseas abortions with taxpayer money."

In 2015, Sault MP Bryan Hayes was the only local candidate endorsed by CLC.

This year, no candidate in Algoma-Manitoulin received a CLC nod.

Incumbent Algoma-Manitoulin MP Carol Hughes "has a horrendous pro-death and anti-family voting record throughout her time as an NDP MP," the organization said.

CLC said it couldn't find contact information for Dave Williamson, the Conservative candidate there, so no questionnaire was sent to him.

Good morning, North Bay!
Feb 26, 2020 6:00 AM
Comments
We welcome your feedback and encourage you to share your thoughts on this story. We ask that you be respectful of others and their points of view, refrain from personal attacks and stay on topic. To learn about our commenting policies and how we moderate, please read our Community Guidelines.

David Helwig's journalism career spans six decades beginning in the 1960s. His work has been recognized with national and international awards.
Read more