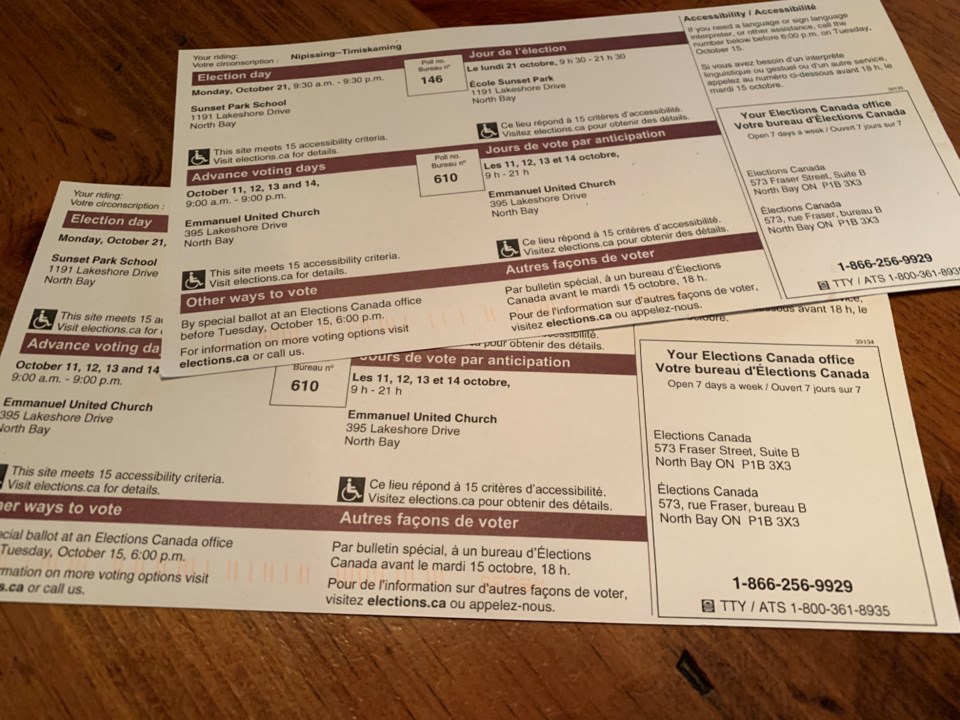 CKAT is reporting a mistake by Elections Canada.

Spokesperson Rejean Grenier says 5,500 voter information cards have been sent in the North Bay area indicating the wrong location for the advanced polls.

"A lot of them were being sent to Temagami and obviously that's an error," said Grenier. "New voter information cards have been sent and we're hoping that people get them in time for the advanced polls that start on Friday."

He says they should be going to Chancellors House at Nipissing University.  If for some reason people go to Temagami to vote he says arrangements have been made for people to vote there.

"If perchance somebody does drive all the way up to Temagami to vote at advance polls they'll be able to do so. Elections Canada has sent what's called a transfer certificate to that polling station and they will be able to vote there."

Grenier says people should check their cards not only for advance polls but for election day information.