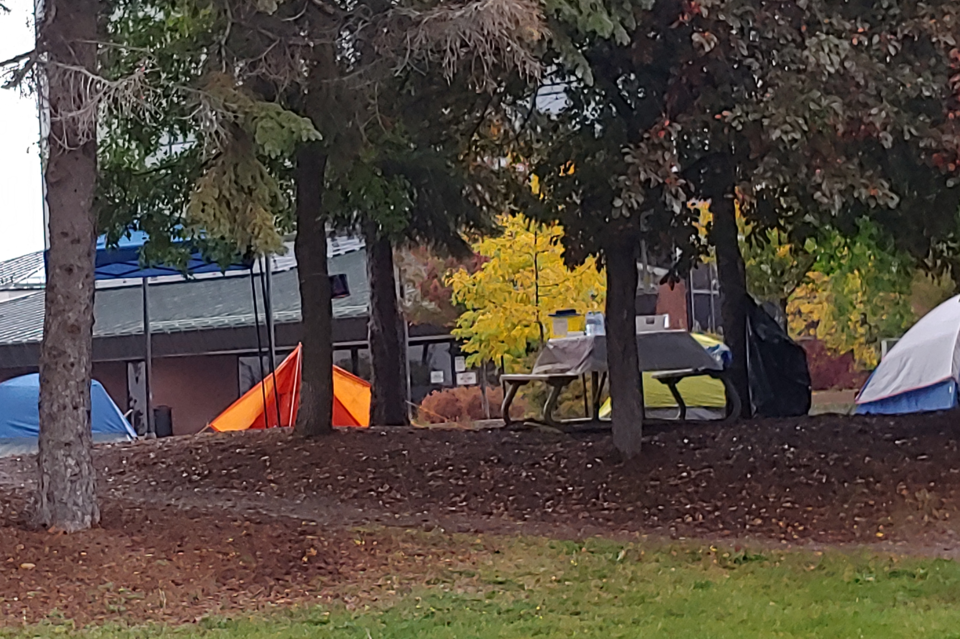 The levels of frustration might vary among members of the District of Nipissing Social Services Administration Board — but those frustrations are quite real — and were on display during Wednesday's virtual board meeting.

In the last session before the summer break (unless the board reconvenes at the call of Chair Mark King), it was board member, Coun. Scott Robertson, who opened the floodgates regarding DNSSAB's funding for — and response to — what  is acknowledged by its CAO as a homelessness "crisis."

"We're losing this battle, and especially in my neighbourhood, " Robertson told his colleagues while listing different funding streams totalling nearly $10 million spent or earmarked for homelessness by DNSSAB.

"The trend-line is going in the wrong direction," he added. "It feels like we're trying to put a band-aid on this issue, which is all we have to do with this body. We're not a body that can take that money and invest it upstream in the social determinants of health.

"We're left holding the bag on the consequences of bad community health and safety. Spending that much money — it's the most expensive band-aid solution I've ever seen. We're still losing."

Robertson has been a big backer of downtown North Bay and his family put down roots and purchased a home in that area. He is a frequent participant in outreach and needle collection programs, especially those focused in and around his downtown neighbourhood. Lately, he said he has been encountering more and more community members in various degrees of crisis.

DNSSAB CAO Catherine Matheson responded to what Robertson characterized as his "rant."

"I can appreciate the frustration and the concern," she offered. "It's a lot of money that's been spent but there's been a lot of money flowing because of the extensiveness associated with the outcomes of these services.

"There are systems issues we're dealing with. It's almost like the long-term care sector when it came to Covid, it's exposing the vulnerabilities of the community and the risks associated with that."

Matheson said she appreciated the upstream approach to the issues Robertson presented and noted the Community Safety and Well-Being Plan to be voted on by North Bay City Council next Tuesday — and similar provincially mandated plans from other communities — would provide researched guidelines to addressing social issues.

The City of North Bay hired DNSSAB to research and formulate the plan.

King also weighed in on Robertson's comments, saying, "I'll be very honest with you, Scott. We're frustrated. This is not an easy situation and we've been thrown into this," over the 12 to 15 months, when we didn't even have the low-barrier shelter.

"We basically didn't have anything set up," advised King. "There have been tremendous advances made. I do feel there is an opportunity through this transitional housing...We've got this issue with [a lack of] geared-to-income housing."

In support of the Community Safety and Well-Being Plan, Coun. Dave Mendicino told Robertson he "sees it as a roadmap. Scott, I sense the frustration, we all have it. I think we're moving in the right direction. We need to get behind this plan and facilitate it any way we can."

Through his own experiences with outreach, Robertson said he knows there are more than three encampments in the area and far more than 30 people "living rough," in North Bay. The agencies need to touch base with the grassroots groups, such as Boots on the Ground and HOPE's Kitchen to truly get a snapshot of what is happening out there, he suggested.

"I really appreciate the fact that this [homelessness and shelter update] report acknowledges that we've added to the capacity over the past few years, in terms of dealing with homelessness," Robertson stated, "and yet, because of the corresponding increase of people presenting for those services, it has just wiped out the additions to that capacity."

Robertson added the discontinuation of the day program for marginalized community members and the closure of the donation-based HOPE's Kitchen storefront on Cassells Street have both contributed to gaps in the system that should not have to be filled by the charity of private citizens.

Matheson concluded, "I expect to see some improvements in the long-term but at this point in time, we're in the middle of what we would call a crisis, trying to respond to the most important needs that are out there."