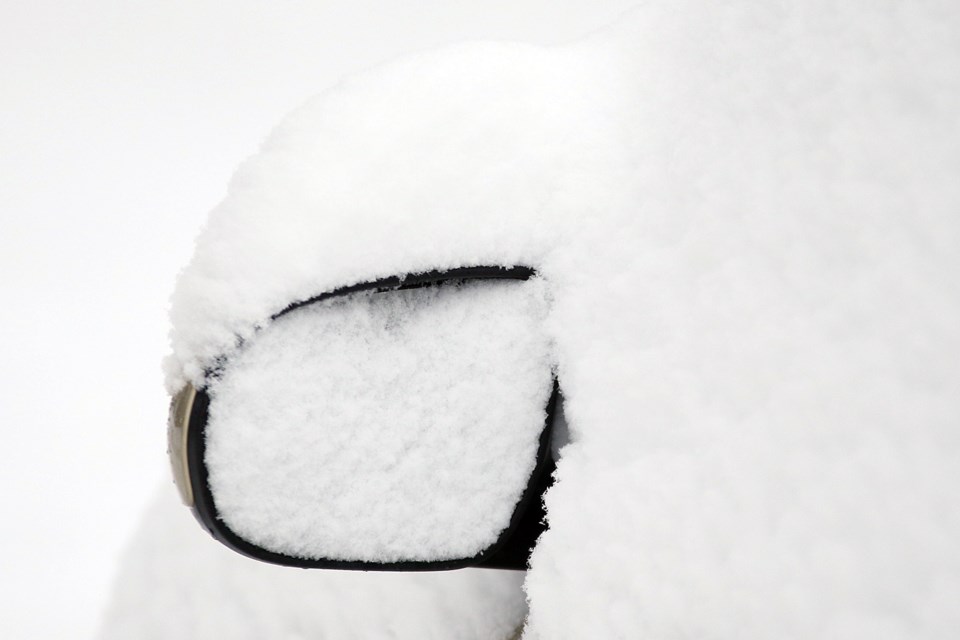 Snow is measured for depth and water equivalence at three locations in the watershed.