The Unit is also urging anyone who may have any video evidence related to this incident to upload that video through the SIU website
Jun 11, 2021 2:34 PM By: Jeff Turl 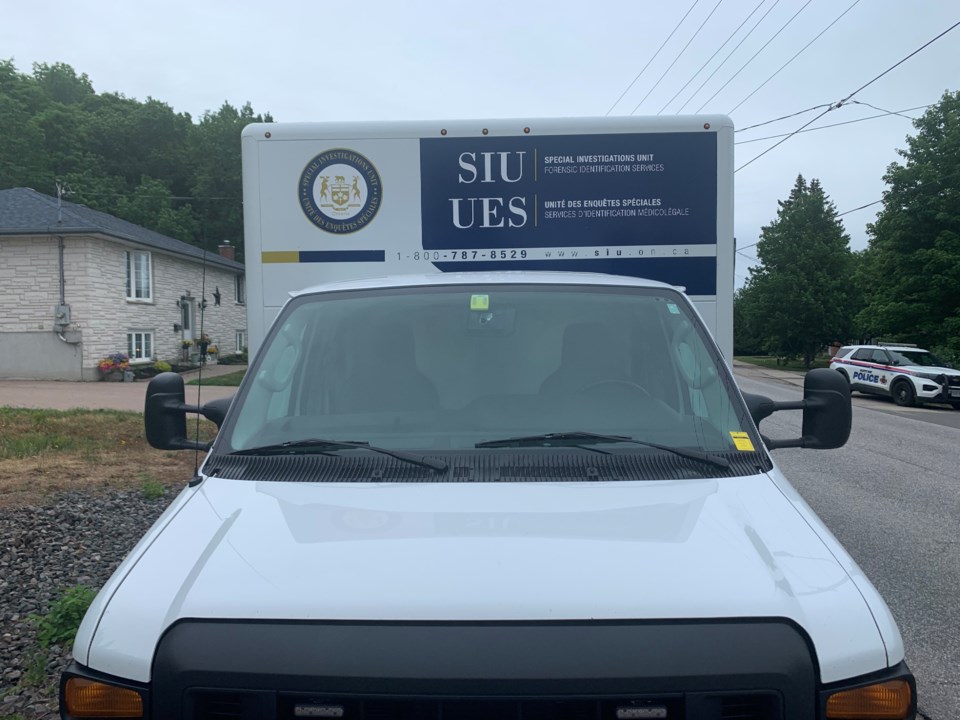 The Special Investigations Unit is investigating the arrest of a young offender in North Bay. Chris Dawson/BayToday.

The province’s Special Investigations Unit is investigating the circumstances surrounding the discharge of an Anti-Riot Weapon Enfield (ARWEN) by a North Bay police officer at a male teenager in that Ski Club Road standoff yesterday.

It's asking for the public's help.

An SIU news release says preliminary information suggests that on June 10, at approximately 1:30 pm, members of NBPS responded to "a report of a trespasser who had pulled a handgun on a homeowner."

The young male was arrested after a brief standoff and was taken to a local hospital for treatment.

The SIU is an independent government agency that investigates the conduct of police officers that may have resulted in serious injury, or the discharge of a firearm at a person. All investigations are conducted by SIU investigators who are civilians. Under the Special Investigations Unit Act, the Director of the SIU must