'This year was definitely a challenging one. From being unemployed for almost a month to moving across the country, it had some ups and downs, to say the least'
Jan 6, 2021 10:00 AM By: Chris Dawson 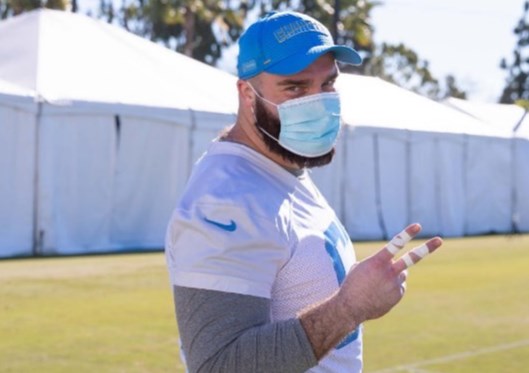 Ryan Hunter will not be finishing his football season on top of the world this year.

The 25-year-old offensive lineman with the Los Angeles Chargers had his season come to an end on the weekend as the 7-9 Chargers failed to make the playoffs.

"That’s a wrap on year three," Hunter stated on a social media post on Monday.

"This year was definitely a challenging one. From being unemployed for almost a month to moving across the country, it had some ups and downs, to say the least. However, I am very thankful for the Chargers to have given me an opportunity this season and I’m excited for what the future holds."

Last February, Hunter was on the sidelines as his Kansas City Chiefs won the Super Bowl.

The North Bay product received his Super Bowl ring during a unique ceremony at Arrowhead Stadium but only days later was released by the Chiefs.

Hunter, signed with the Los Angeles Chargers in early October and he inked a practice squad contract.

"Ready to get to work," Hunter stated on social media after the signing.

The undrafted free agent remained on the Chargers practice squad throughout this season.

Hunter signed with the Chiefs in February of 2019 after spending the entire season on the practice roster with them.

The Toronto Argonauts selected Hunter in the first round of the 2018 CFL draft.