Rota says the Liberals will continue to support equal rights for everyone
Sep 14, 2019 9:01 AM By: BayToday Staff 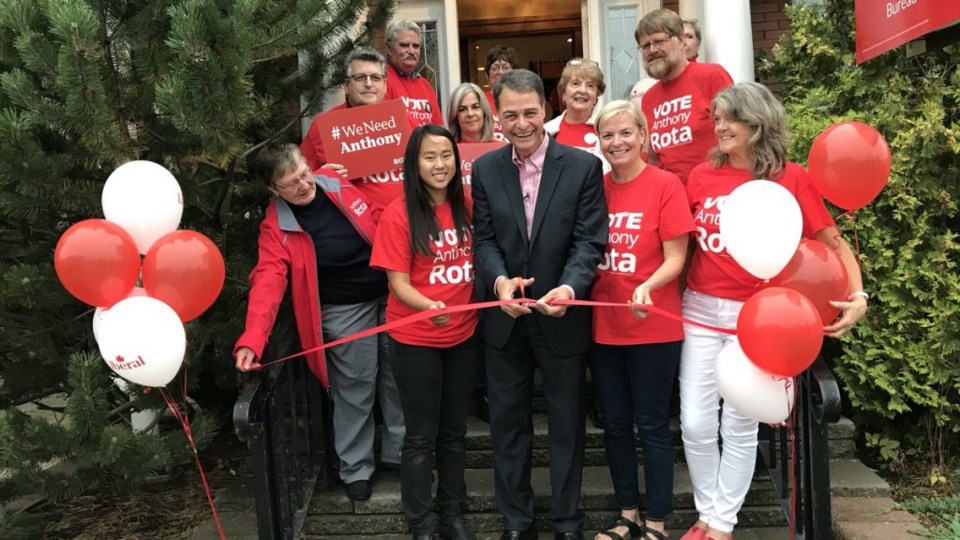 Anthony Rota's campaign office is at the corner of Main and Memorial. Courtesy CKAT.

It's located at the corner of Main and Memorial, in a former lawyer's office.

Rota told CKAT News that they will focus on growing the economy, infrastructure funding, and poverty reduction efforts.

“We’ve done everything from transit to new buildings and new roads. More importantly, though it’s the service we provide to the average person. When they come in for help on an issue we take care of them and make sure their voice is heard in Ottawa,” he says.

Rota says the Liberals will continue to support equal rights for everyone.

“It’s very important that all Canadians regardless of their background, gender or sexual orientation are treated equally,” Rota says.

Mark King, the candidate for the People’s Party of Canada, Jordy Carr of the Conservatives, and Rob Boulet of the NDP are gearing up for the election.

The Green Party has yet to name a candidate.