'It helps us collect information on crimes, helps us be a little bit more present for some of those crimes'
Sep 12, 2020 4:30 PM By: Chris Dawson 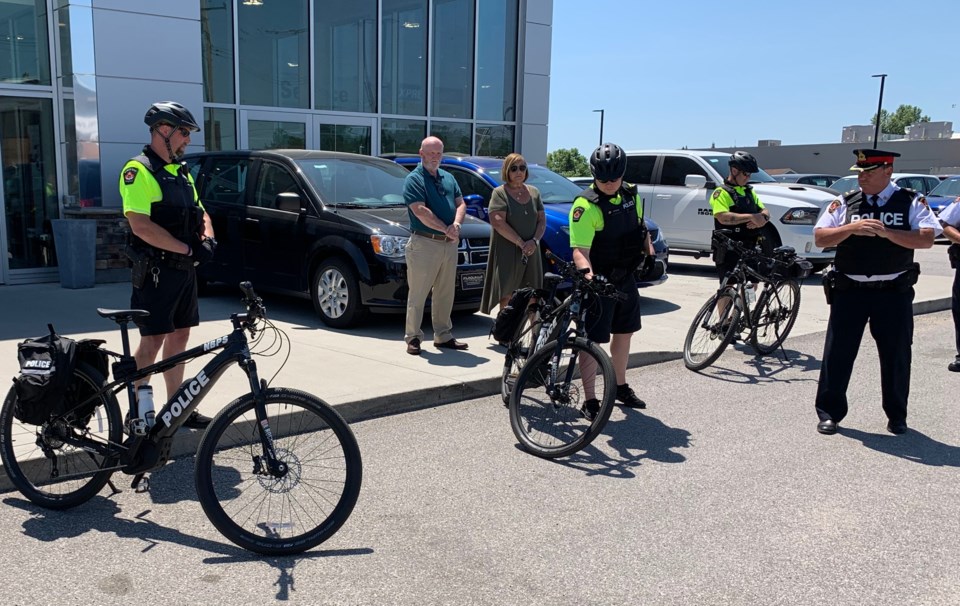 The North Bay Police Service says the re-addition of a police bike patrol this summer has been a success.

"It helps us collect information on crimes, helps us be a little bit more present for some of those crimes," stated Mike Daze, Deputy Chief with the North Bay Police Service.

The Service re-introduced the bike patrol in the form of two officers on each of the four platoons this summer. The bike patrol got a surprise donation from a local business that purchased E-Bikes to be used by the police bike patrol teams.

Daze says the feedback from both the community and the officers has been good.

"They have really enjoyed it," he said.

"The E-Bikes that were donated have been a great success. It has allowed our bike patrol officers to actively and pro-actively patrol the entire city instead of focussing just on the downtown core so they have been able to get to a lot more places. For these officers to get out and engage the public in a different manner. They had some really good experiences where they had community members and businesses come and approach them and thank them for being out on the bikes and talking to them about how it is nice to have them being approachable as it is easy to stop an officer on a bike so.

"The program was a real success and positive within the service and we have got other officers looking to join and be a part of that program next year when it resumes."

Daze says the bike patrol will continue to weather the cold and continue to operate for the remainder of September and then close down until next May.