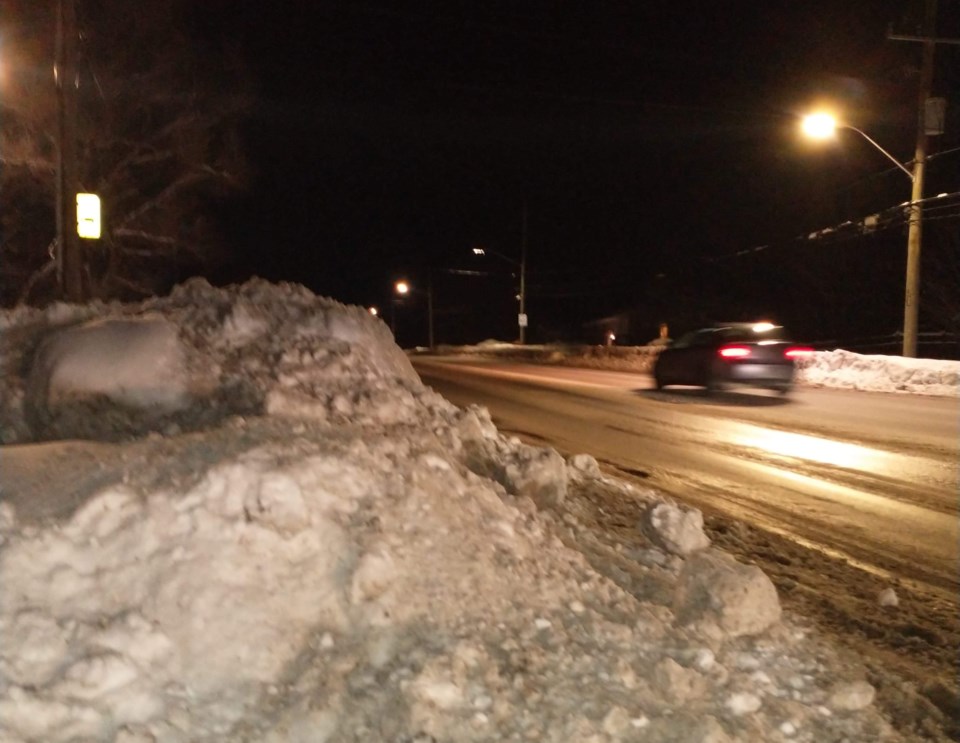 Bruce Murray has been living on Airport road; about three houses up from Hamlin's Turf Equipment, for the past 17 years.

However, he says the past three winters have been a challenge.

Ever since the city added a new bus stop near their property, Murray claims they have been inundated with excess snow plowed onto their property by the city crews.

"They have been pushing the snow right next to the edge of my driveway there," Murray told BayToday.

"The first couple of times I took a shovel and knocked it down Then we called. When we do call, it usually takes about three days, they are getting quicker.  This morning I was going to call this off until I got up and took a look this morning. Instead of removing the snow, they pushed it onto my property on top of my fence. I have had to replace the fence once already."

Murray says despite the speed limit dropped to 60 kilometres an hour on Airport Road, he says it is still common to see motorists whizzing by at 80 to 100.

He believes the high snow banks are just creating an accident waiting to happen.

"At the very least what is going to happen is somebody is going to veer into the other lane to avoid me and they will probably end up head-on with somebody else. That is the worst possible scenario," Murray said.

"If anyone has safety concerns with snow banks in their area please contact Public Works as soon as possible and they will help to determine if the snow storage is on the Municipal Road Allowance or on private property," noted Mayne who was not aware of this situation.

"There is a Road Allowance on all City streets and around all bus stop locations specifically to allow for snow storage during winter conditions. If City snow plow crews are storing snow on private property please let Public Works know as soon as possible so that we can correct the situation."

Mayne adds that generally road width and sightline concerns will improve as the City cuts back and takes away the snow banks around town and that is an ongoing process at this time of year.

Mayne also stated he will reach out to the Murray's today about the concern.