Reliable broadband is the focus of a sold out conference 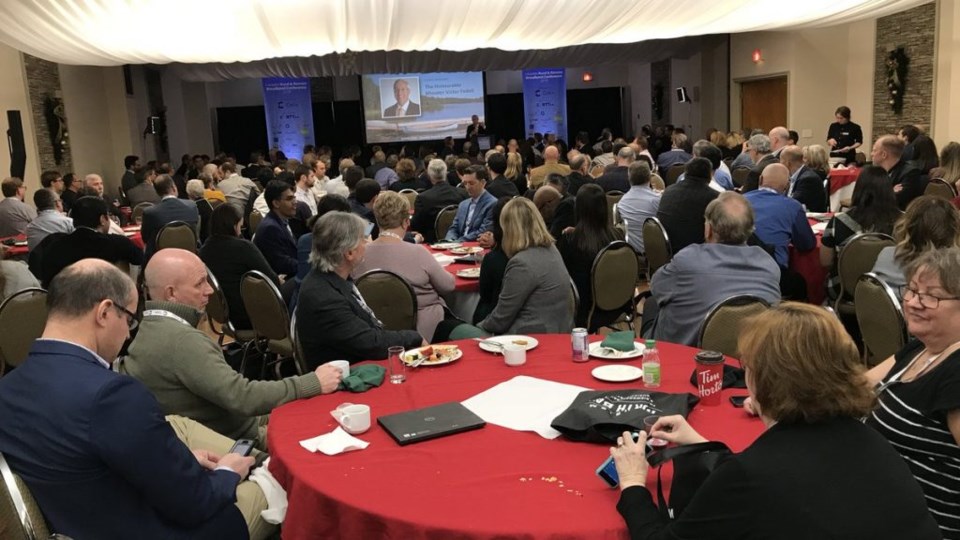 A packed house at the Best Western for a Broadband Conference. Photo by CKAT.

Amedeo Bernardi is amazed at the turnout for the conference he organized that has been taking place this week relating to broadband access.

The inaugural Canadian Rural and Remote Broadband Conference has been taking place the past three days at the Best Western in North Bay.

Bernardi, the event coordinator, says his goal was to bring a group together that can help each other and move forward.

“Let’s them all get together in a tight room and let them talk to each other to see if there are other ways to get things done,” Bernardi told CKAT's Bob Coles.

“In my years running telecom companies in rural and remote areas as well as a consultant the past few years, I find that the biggest thing is that we feel sometimes isolated in our environment in terms of limited exposure to other municipalities, other First Nations, other companies that have done this type of thing across the globe and just in our own country.”

One key issue has been getting reliable broadband into rural areas.  He calls that the "digital divide."

“The digital divide it impacts rural absolutely incredibly because of the lack of infrastructure or dated infrastructure to get to these communities and the cost of upgrading but the digital divide impacts both geographically and socioeconomic and I think we have to get there too. So socioeconomic divide can happen in Toronto if you cannot afford a certain service, but we are talking predominantly, at this conference, about the geographic right now and we will transition to socioeconomic,” he said.

The event, which was sold out, included speakers, vendors, and visitors from across the country. Bernardi believes the great attendance is a sign of how serious the issue is.