Regional transportation exists in Almaguin for health-care access for seniors, persons with disabilities

For volunteer driver Tom Rutledge, there’s almost no distance too far for him to volunteer to drive
Apr 11, 2021 5:00 PM By: Sarah Cooke 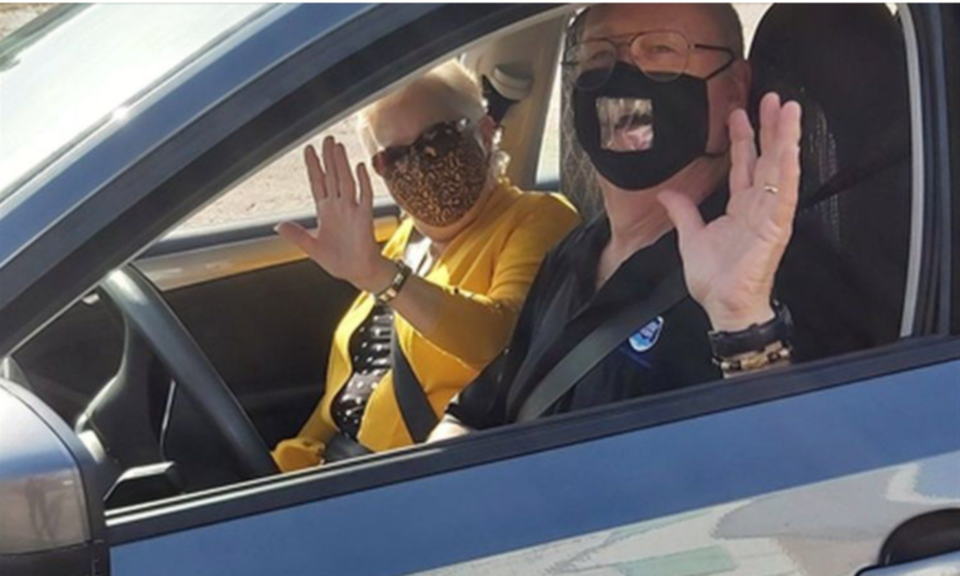 For Sundridge-based volunteer driver Tom Rutledge, the best part of volunteering to drive people to medical appointments is the stories he gets to hear while they travel, like the ones he hears from client Betty Basso.EPSCSS photo

For over 20 years the East Parry Sound Community Support Services programming has been helping seniors and persons with disabilities get to medical-related appointments in the Almaguin region.

Based out of Powassan, Leslie Price is the program co-ordinator for the community support services and said there are 30-plus volunteer drivers who are involved with helping people who don’t have the means to get to medical appointments.

“With more people wanting to stay in their own homes and remain independent — but maybe not being able to drive any longer — that’s where our volunteers come in,” said Price.

During COVID-19, the number of rides dropped down a bit, Price said, but the numbers have come back up to where they were prior to the pandemic.

“This is one of those programs where it’s only going to get busier, not quieter. I’ve been here since 2002 and it has more than doubled since I’ve been here, the number of trips that we do,” she said.

The transportation program isn’t experiencing a shortage in volunteers, but Price said the organization is on the lookout for new recruits.

“Moving forward, we don’t want to lose our volunteer base, we want to be in a position where we don’t have to say no to people.”

It’s not just local medical-related trips either. While most of the trips are primarily between North Bay and Huntsville, some individuals need to see specialists much further away.

“We also take people to Sudbury for medical, the (Greater Toronto Area), sometimes Ottawa, and there’s quite a few people in Orillia/Barrie area that people need to go to attend medical appointments,” she said.

For volunteer driver Tom Rutledge, there’s almost no distance too far for him to volunteer to drive.

“I drive anywhere between London, Sault Ste. Marie and Ottawa,” said Rutledge, adding he likes to listen to the Escape channel on Sirius satellite radio when on long drives.

“It’s got really nice music (but) my kids ask me how I don’t fall asleep,” he said with a chuckle.

The number of drives Rutledge does per week varies, he said, with it being as low as one or as many as nine.

When asked his favourite part of being a volunteer driver for the program, Rutledge replied, “Listening to the different stories — there are some incredible stories.”

However, while the community support services program offers transportation to mostly medical-related appointments, Price acknowledged transportation issues could be a barrier to employment opportunities.

“As far as employment goes, that’s not something we’ve ever really ventured into just because we want to keep our volunteer drivers available for medical appointments, but that’s something that could be a barrier for the area.”

The Almaguin region does have a need for more transportation options, according to Rutledge.

“They need it just for people to go grocery shopping — which I do, too, but if it comes to shopping for groceries or taking someone to an appointment, that appointment overrides it,” he said.

Almaguin Community Economic Development’s David Gray said his personal vision for how he would like to see transportation expanded in the Almaguin Highlands would be to see some fixed route transportation options.

“I would love to see some fixed route options between the communities — the urban centres or commercial areas in Almaguin — with some connection to the north and the south, being Huntsville and North Bay,” said Gray.

“Having an on-demand feature — whether it’s app based or preregistration based — and finding ways to connect those people.”

- Sarah Cooke’s reporting is funded by the Canadian government through its Local Journalism Initiative.