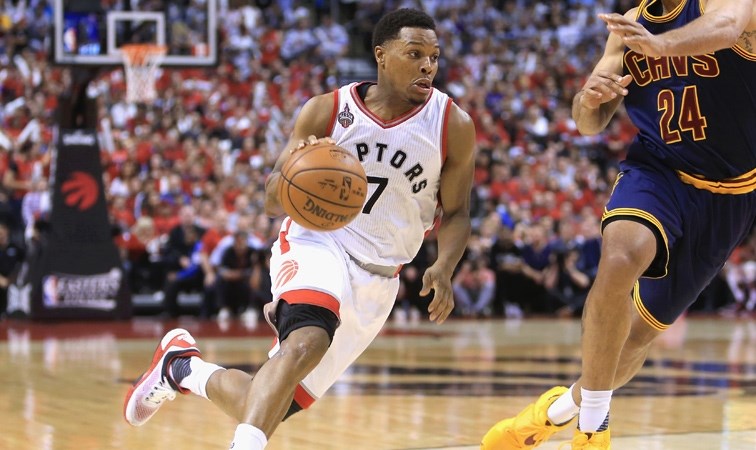 A Huge chant of “Let’s Go Raptors!” echoed through the walls of the Grande Event Centre Sunday night at the end of the North Bay Spartans rep basketball banquet.

That’s the kind of hype the incredible Raptors playoff run is having on basketball across the nation as Canada’s team can lock up its first ever NBA title Monday night in Toronto as the Raptors hold a 3-1 series lead over the defending champions from Golden State.

“I think this is going to create such a buzz that it is going to have an impact on developing kids to play basketball at a younger age,” said Larry Tougas, longtime high school basketball coach along with being past president and founder of the Spartans program.

See related: Where are you watching the Raptors game tonight?

Tougas believes the Raptors run will have a huge influence on the game, much like the Blue Jays 1993 World Series did for the game of baseball in Canada back then.

“Even a few years ago when Bautista hit that home run, the enrolments in baseball went through the roof,” noted Tougas.

“The same thing is going to happen. We have 10 club teams already and we are growing. Interest around here, basketball has become more of a realistic goal. People want to play basketball and it can only make more kids want to play the game in the future just because of watching that Raptors team, what it has done and they are Canada’s team right now.”

Basketball got a big boost locally when Nipissing University welcomed its two basketball teams, but nothing will compare to the euphoria the Raptors run is creating.

Puddister, a former Nipissing Lakers basketball player, who is currently a guard with the Sudbury Five of the National Basketball League of Canada, believes the Raptors run will create a bigger connection to basketball.

See related: Puddister to be recognized by North Bay Sports Hall of Fame

“I think it is huge, I probably compare it to what happens when the European players come to the NBA, like Dirk Nowitski,” said Puddister, who attended the Spartans banquet as a guest.

“It makes European kids want to stay up until 2 in the morning to watch NBA games because they have somebody involved and some type of attachment to the game.”

Spartans President Mike Mitchell says the Spartans rep basketball program is always growing, and he is excited to see where the Raptors run can help take the game locally.

“We are seeing kids identifying as playing basketball first,” noted Mitchell, who admits that had been a challenge to find in years past.

“And what I think with the Raptors, that is going to increase the number of kids who want to play basketball first and they are willing to forego practices and games in other sports to make basketball their priority, and I think we are going to see the game skyrocket with the Raptors success.”