Greater Sudbury is home to Northern Ontario Film Studios, which was launched back in 2012 with the transformation of the former Barrydowne Arena, and expanded to include a North Bay location in 2016
Apr 28, 2021 7:00 PM By: Matt Durnan 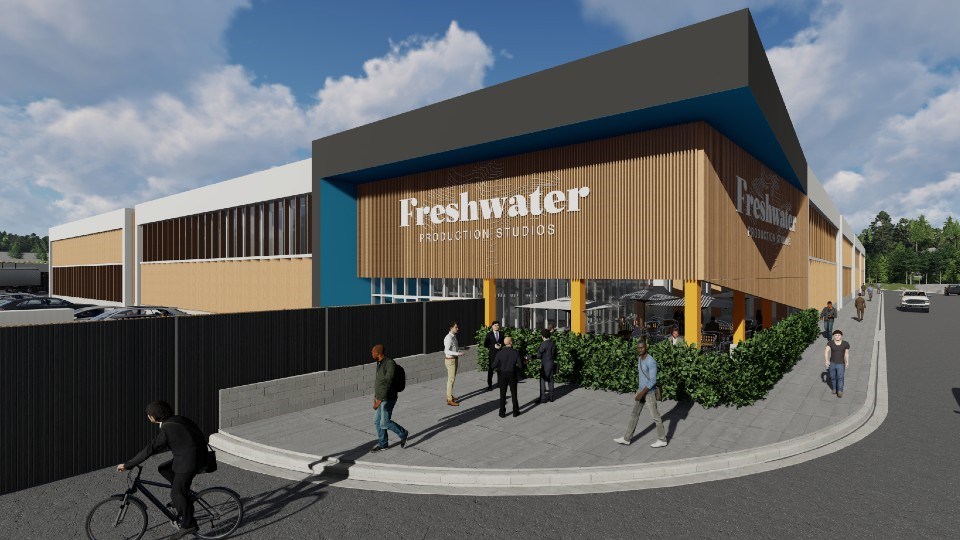 Plans for a new purpose-built film and television studio in Greater Sudbury have been in the works for two years, and Cultural Industries Ontario North (CION) has now entered the RFP process in search of a partner to help make Freshwater Studios a reality.

CION executive director Tammy Frick says that a purpose-built facility is the best option at this time as it doesn't bring the logistical challenges that can come with a retrofit project.

Greater Sudbury is home to Northern Ontario Film Studios (NOFS), which was launched back in 2012 with the transformation of the former Barrydowne Arena, and expanded to include a North Bay location in 2016.

Frick says that discussions about opening a new studio in Sudbury began prior to the COVID-19 pandemic, as the industry was doing quite well in Sudbury and northern Ontario.

"We started realizing we're doing really well from the production standpoint in northern Ontario, we're seeing the benefits," said Frick. "Streaming has been introduced so there's a higher demand for content. Then all of a sudden there was this huge issue with supply and demand with sound stages across Ontario. Then we have COVID so people are marathon streaming these shows and it even furthers the demand for content."

The vision of CION for the new facility is an all-in-one hub for film production that would include space for wardrobe, hair and makeup, a workshop and paint shop, and most everything that is required in producing television and movies.

"It becomes a hub, so to speak," said Frick. "We went out and hired consultants who have been working since January and they hired people to sit on a focus group who work in this industry across Canada and the US to figure out what kind of size this facility should be."

That plan can be viewed here, but in the meantime, CION is undertaking an RFP process until May 6 in order to secure partners to back the project.

A location has already been identified for the project, with plans in place to have the studio built close by the proposed Kingsway Entertainment District. The land that has been designated as the potential home for FWS is owned by Dario Zulich.

Frick says that there has been some confusion as to the location proposed for FWS and explained that it won't be located on the same parcel of land that has been designated for the KED.

"It's a parcel of land out by the future KED development, the owner (Zulich) is investing the land as part of the project," said Frick. "It pretty much happened organically, he (Zulich) was always looking for some type of entertainment when it comes to film, so even in the early drawings three or four years ago he had always called it the movie campus."

The land is tucked in behind where the proposed KED site is located, opposite a road that is slated to be constructed in the area.

CION had initially looked at the possibility of a retrofit project for FWS, but was unable to find a suitable location that could offer the same level of services as a purpose-built facility.

"We realized that a lot of old warehouses are located close to railroad tracks and there are resulting vibrations from that; so as we got further along and chatted with producers they said the way to go was purpose-built," said Frick.

"It naturally happened that (Dario) was already talking to people and pushing for something like that to happen there. We checked out the area, it's zoned properly, the environmental assessments are done, it's ready to go and it worked out great, the location is ideal."

The KED is set to be built to the west of the road that is slated to be built at the site, while the studio would be situated on a 24-acre plot of land on the opposite side of the road.

Phase one of the proposed studio development has drawn interest from other service providers, and Frick says there are already commitments to build a gas station and a coffee shop, and plans are in the works to construct an office building as well.

"Phase one is really that first portion, and then phase two we have companies like William F. White here that are doing extremely well but have 6,000 sq. ft. now that may need more space and may attract other equipment companies," said Frick.

"There's lots of room, lots of parking, and lots of scalability."

The RFP process is scheduled to wrap up on May 6, and Frick believes it will take roughly three weeks to review the proposals, with a decision on partnerships made by mid-June.

"CION aren't the people who are going to run the studio down the road, all we're doing is leading this project to bring it to a point where there's a governance structure and then it will be whoever is involved," said Frick.

"It's going to take a year and a half to two years to build and while that's happening, our big intent is to further work on a workforce development plan. You can't just build it and not be able to support it. It's very similar to the mining industry; the amount of businesses that set up shop to service mining is very similar in the film industry. There will be so many job opportunities that will of course require training and we'll engage unions and the colleges and so on."