Powassan's Mayor McIsaac looks ahead to 2021 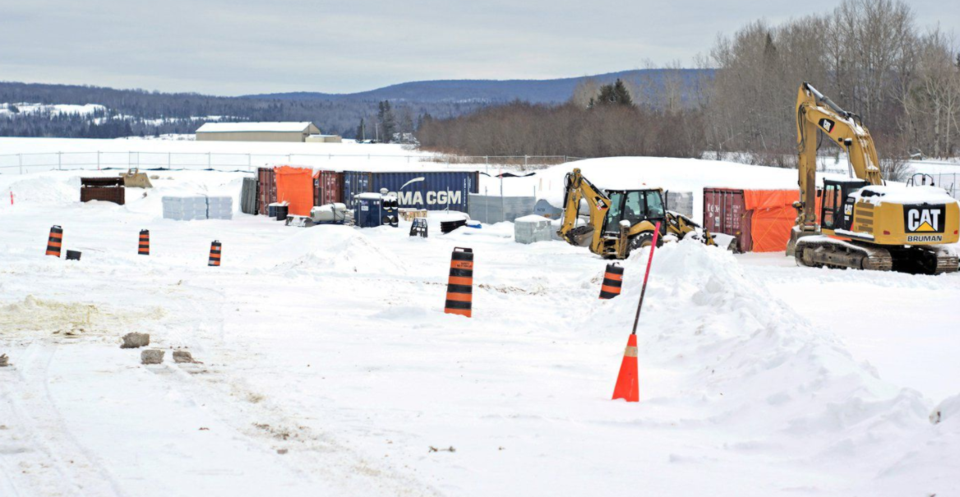 A 50-unit seniors complex will be built this year on this Big Bend Avenue site in Powassan. Spearheading the project is the Non-Profit Organization for Almaguin Housing (NOAH). Rocco Frangione Photo

Flooding on Maple Hill Road from the South River in Powassan could be a thing of the past after this year.

Mayor Peter McIsaac says the municipality plans to raise the grade of a 2.2-kilometre section of Maple Hill Road that “experiences flooding quite often in the spring.”

Public works also plans to stabilize about 500 to 600 metres of the bank of the South River.

The project is one of several McIsaac says the community has planned for 2021.

The total cost is $1.5 million, but the federal and provincial governments are picking up the lion's share.

McIsaac says the federal and provincial grants arrived in 2019 and the original plan was to undertake the corrective measures in 2020.

“But then COVID happened,” McIsaac said.

McIsaac stresses the project is important.

Part of Maple Hill Road lies in a flood zone and there are nearby homes.

During spring flooding, he says “there have been incidents where residents have been cut off for days at a time.”

Such was the case in 2019 when many communities in northeastern Ontario experienced severe spring flooding. Maple Hill Road was not spared.

“In the spring of 2019, there was a serious issue with people being cut off,” McIsaac says.

“People were not able to travel to and from their homes.”

McIsaac says the tender to contract someone to do the work is expected to go out early this year and the goal is to complete the project this year.

“We want to turn Maple Hill Road into a safe and reliable road so if there is flooding, people can still access their properties,” McIsaac says.

Another major project to get underway in 2021 is the construction of a 50-unit seniors' complex.

However, this project is being carried out by the Non-Profit Organization for Almaguin Housing (NOAH).

The building is going up at the end of Big Bend Avenue a short distance from Eastholme Home for the Aged.

McIsaac says what the municipality has done is give the builder a temporary building permit so footings can go in and some work can be carried out over the winter.

At this time, it's not known if the project will be completed this year or in 2022.

But McIsaac says once it's done, Big Bend Avenue will see a major resurfacing because the road will have been heavily pounded and damaged by concrete trucks and heavy machinery at the work site.

One project McIsaac wants to see move forward is the introduction of high-speed internet to a wider section of the community.

The community is working with Blue Sky Net on a proposal to the federal government to bring more bandwidth not only to Powassan, but to the entire region.

The mayor says a number of internet providers have shown interest in bringing high-speed internet to the area.

Right now the only area of the community that enjoys high-speed internet is the downtown, and that's only because an internet provider has a server in place at 250 Clark (the municipal building) which is able to provide faster internet speeds for the downtown businesses that want it.

“The sooner we can upgrade our bandwidth the better as far as I'm concerned,” McIsaac says, acknowledging the internet speed in his own home is on the slow side.

McIsaac says other projects that will see the light of day in 2021 will “depend on where we sit with the budget.”

If it's possible to budget the work, McIsaac says some large culvert projects could be undertaken this year, including one on Memorial Park Drive.

Meanwhile, there is one unknown on McIsaac's mind and that's how the coronavirus impacted property tax collections.

“Tax arrears is an issue with every community in Ontario and Powassan is no different than anyone else,” he says.

McIsaac says council will soon be discussing the issue of how to get property owners, who may be in tax arrears, back on track.

Asked if COVID-19 might make it tougher for council to strike a budget this year, McIsaac's response was “there are a lot of unknowns.

“We have to wait and see how things play out financially,” he says. “We're going into the unknown and every council in Ontario is in the same boat.”

However, McIsaac remains optimistic the community can weather the pandemic's effects.

He says not counting all the expenses from December, which are being finalized, the community had a surplus heading toward the end of 2020.

Powassan, like many communities, ran into unanticipated costs during 2020 because of COVID and McIsaac says as these costs get carried into this year, the community must ways to “offset them by making adjustments somewhere else.”