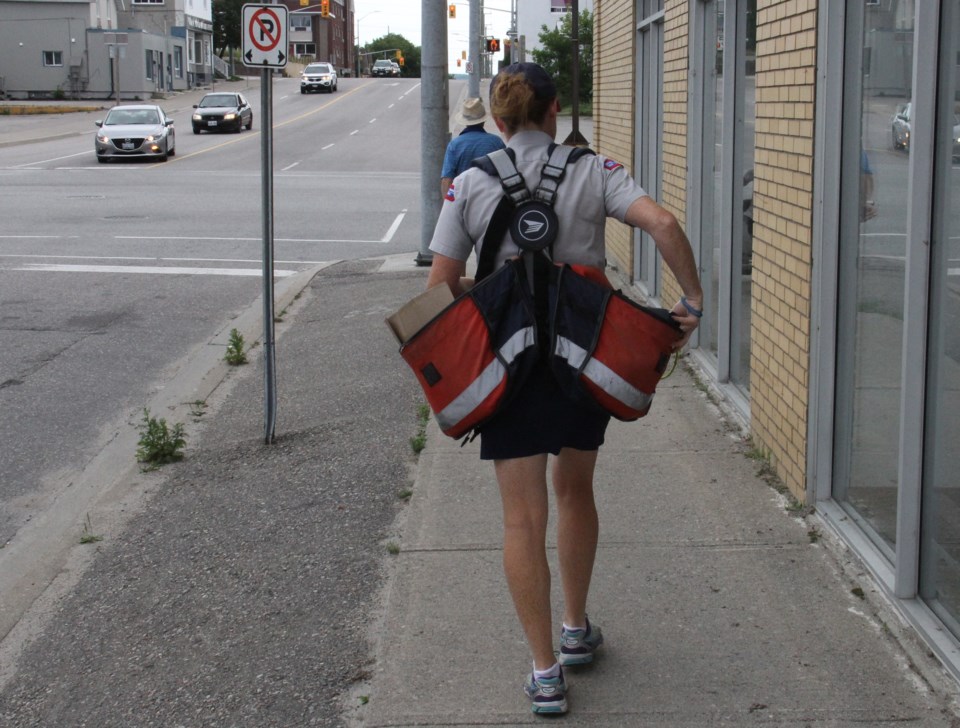 CUPW members will be refusing overtime to put pressure on the Corporation. Photo by Jeff Turl.

Job actions will start on Sunday August 28 at midnight.

"This action was necessary as the Minister of Labour asked both parties for a strike mandate extension," says a news release from the Union. "The union agreed and Canada Post refused. We could not let the 60-day strike mandate expire. However, the notice being served is unlike previous strike notices. This notice of job action will simply be refusal of overtime and only working regular scheduled hours for the Urban unit, and only working Schedule A hours for the RSMC (rural) unit. The adherence to these hours for both bargaining units will rotate daily through different provinces. This action adheres to what we have stated about serving the public and escalation will be gauged against any provocation by Canada Post."

"We are hoping for a negotiated settlement."

Bradford is asking customers for patience.

"We're not doing any overtime, just working our regularly scheduled hours. Right now there won't be anything noticed. We're not walking the picket line or anything, we just couldn't let the 60-day strike mandate expire. The government asked for a strike extension. We agreed with that, we're at the table bargaining in good faith. Unfortunately, the Corporation has refused so we have to use our strike mandate.

"We're not doing a national strike at this time or even rotating strikes. What we're doing is restricting overtime to keep the mail moving, to keep our customers getting their mail. It's to get the message to the Corporation to bargain to get that negotiated settlement."