Passing art through the generations

'Part of my mandate is to see artists develop, especially when they’re really talented...They should be given opportunities to develop that talent, so I agreed to this mentorship'
Sep 22, 2017 4:00 PM By: Ryen Veldhuis 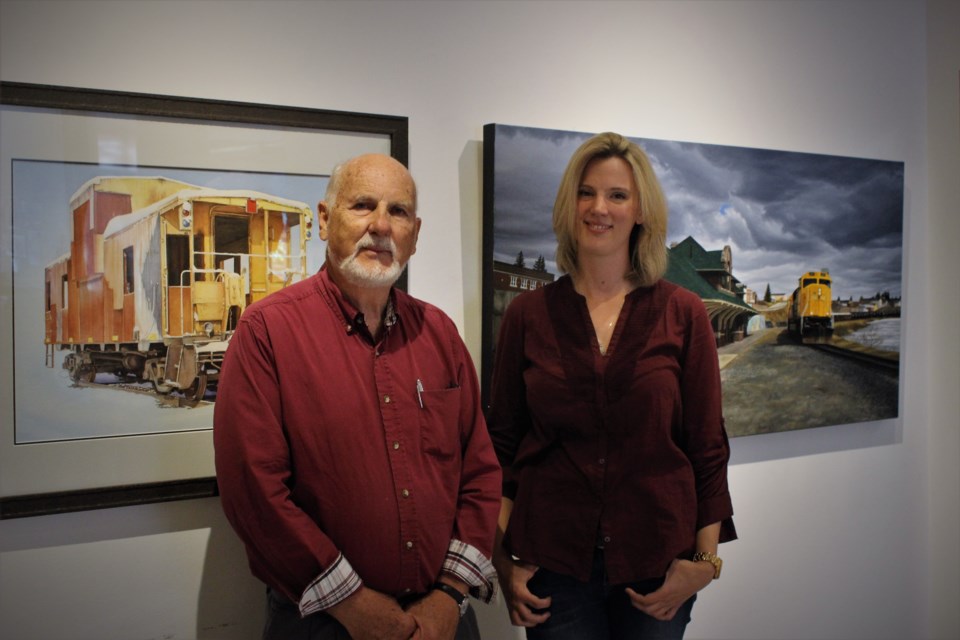 Marianna Vander Dussen started her journey in art when she was young, but sometimes life can get in the way of our passions—at least for a while, until she found herself in North Bay, attending teacher’s college, where she had the chance to rediscover her art.

“I came to North Bay from Toronto in 2013 to attend the Schulich School of Education and to get my B.Ed,” she said. “Immediately upon driving into the city for the first time, I was struck by the natural beauty, and eager to explore all of the nearby trails. Almost every day, I'd be outside with my camera, spending breaks between classes walking new trails. It was around this time that I rediscovered painting; I had considered going to university for Fine Arts, but ultimately decided that a career as an artist was beyond my reach. I began posting my work to social media, and within a year was accepting paid commissions for paintings.”

And as her dream became more and more real, she made an important decision.

She pulled up the local phone book, an ancient relic to some, and looked up the name of a local artist, Arlie Hoffman, known for his realistic paintings, love letters to iconic parts of North Bay, like the lakes and trains with which the past has been engraved. With his number found, she sat there, phone in hand, prepared to start down a path that would reignite her passion for art, enlightening her to possibilities, and creating a lasting bond between two artists from different generations.

“Arlie really is at the peak of his game,” Vander Dussen said. “I called him out of the blue and said ‘this is going to sound crazy, but I heard you were an amazing artist.’ I didn’t realize, at the time, how much teaching Arlie did in the community and how much he’d integrated himself as a mentor in the community, so I’ve been so grateful over the past three years to have known him and I still get input from him when I work on things.”

Over those three years, they worked together, different, but similar using realism to capture North Bay.

“Part of my mandate is to see artists develop, especially when they’re really talented,” Hoffman said. “They should be given opportunities to develop that talent, so I agreed to this mentorship.”

He said the both of them had the opportunity to interact with more than what was on the canvas, but the philosophy around it, as well as the journey Vander Dussen wanted to take. And although he had never done a formal mentorship per say, it felt and developed naturally.

“I had a mentor when I really started in North Bay and I feel it was so valuable for me, even if the work still lands on the artist’s shoulders, it was more than just the technical side, but it was the response and encouragement provided by my mentor that was given to me,” Hoffman said about his own journey so long ago. “So I felt I’d give to others. The request she gave to me is the first time I could really say I’ve had that. I felt that her work was just incredibly good and developing so well we needed to bring this together right now and show this relationship.”

When planning their gallery, the two decided to portray their love for realism and just how different it can be from the perspective of two different artists.

“For everything I have he has something complimentary,” Vander Dussen said, showing both of their paintings of trains, or Lake Nipissing. “I’m so glad he has such an incredible body of work to draw from.”

But in seeing the technical precision of her works, it’s hard to believe her when Vander Dussen says she’s never had formal art training beforehand, simply letting her passions guide her canvas.

“I didn’t go to formal art school, so I didn’t have training on what they do to help growing artists on everything from the technicalities of works, but also the mechanics of managing an art career, how much to charge, making contacts,” she said, thankful for the mentorship she’s had. “If you’re starting on your own these are things you cannot pick up intuitively, I feel like the mentorship has allowed me to accelerate my learning. To help me get there a little quicker, it’s not just the number of hours, but the kind of hours, the quality and the mentor helps you get that faster.”

And as generations shift, she also finds herself taking the mantle of a mentor, teaching painting classes and working with a teenager in her neighbourhood. With her humble beginnings spending hours with dollar-store supplies just to get valuable practice, to selling her own paintings online, her past few years have been a journey indeed, especially with the help of a local mentor, Arlie Hoffman.

Their gallery will be on tonight at the Downtown Gallery Hop at the W.K.P. Kennedy Gallery in the Capitol Centre.