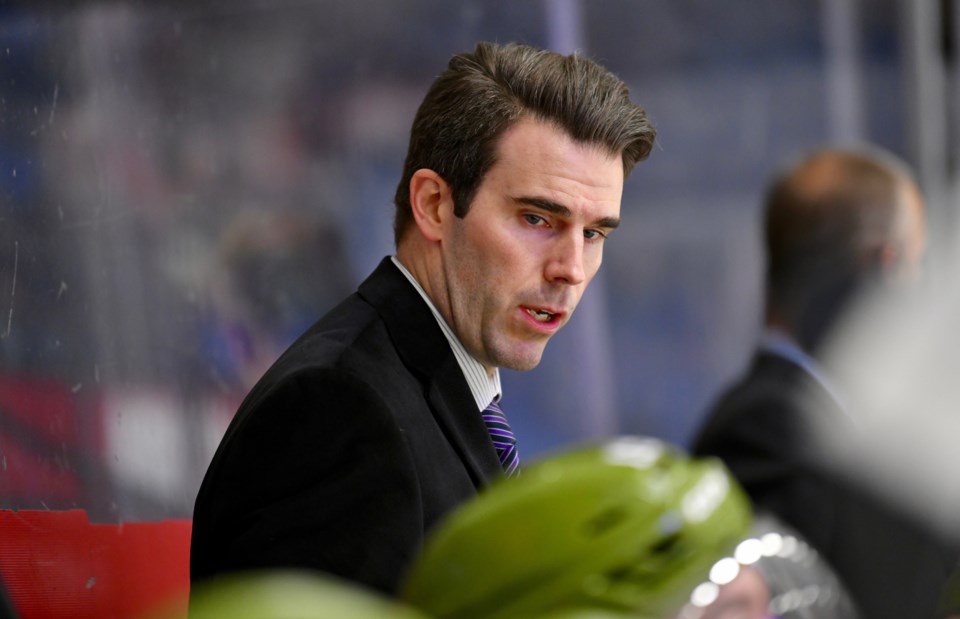 The team made the announcement through a conference call with the media on Tuesday afternoon.

Battalion owner Scott Abbott made the official announcement pointing towards a significant improvement as the team went 5-23-0 before December 10 and finished off 12-18-4 under Oulahen as the interim coach taking over for longtime bench boss Stan Butler.

Oulahen was thrilled when he reacted to the news.

"This is something I have been working towards for a very long time and to see this day here now, I could not be more excited," said Oulahen.

"I would like to thank Mr Abbott for being with me for the literally the last 19 years. I have been engrained in this organization since 2001. This is a place I like to come to every day and want to get better and work towards getting our team better, our players better, our staff better and producing good young men out of this program."

See related: Oulahen enjoying every moment of living and learning with young team

Battalion GM Adam Dennis has known Oulahen since their junior hockey days and the two even played against each other in both the Ontario Hockey League and the American Hockey League. Dennis says he has continued to have a good comfort level with Oulahen behind the bench and has recognized the improvements too.

"I am really impressed with his organization, his communication, him and really his focus on his skill development and anyone that has been following our team can easily recognize that some of our young players had greater opportunities, they certainly developed and they have all taken strides and that gives us so much optimism moving forward," Dennis said.

The longtime Battalion left winger played three seasons for the Troops and was drafted by the Detroit Red Wings in 2003.

The Newmarket, Ontario native started as an assistant coach under Butler in 2011, where he worked for five seasons as his assistant coach split between Brampton and North Bay.

In 2016, he took on the role of head coach with the Flint Firebirds where he guided them to a 32-28-0-8 regular season record as they fell in the opening round of the playoffs. The following year, Oulahen's Firebirds finished with only 20 wins and missed the playoffs. In the fall of 2018, Oulahen left the team early in the year citing personal reasons.  In the summer of 2019, Oulahen re-emerged as a skills coach for the Battalion before jumping behind the bench as interim coach in December.

With the regular season and playoffs cut short due to the COVID-19 crisis, the team is now putting its focus on the first weekend in April when the team will pick first overall in the 2020 OHL Priority Selection.

Abbott felt it was important to have that interim tag removed from Oulahen before that important day.

Abbott also noted the former head coach Stan Butler will remain as a Special Advisor to the North Bay Battalion.

The OHL Priority Selection, where the Battalion will have the first overall pick, will take place on April 4, with the first choice announced the night before on April 3.