Elsa was suffering from cancer and had only months to live. She was one of 71 dogs seized recently by the local OSPCA, part of the North Bay District Humane Society. The family pet was euthanized by the Society without the knowledge of its owners. 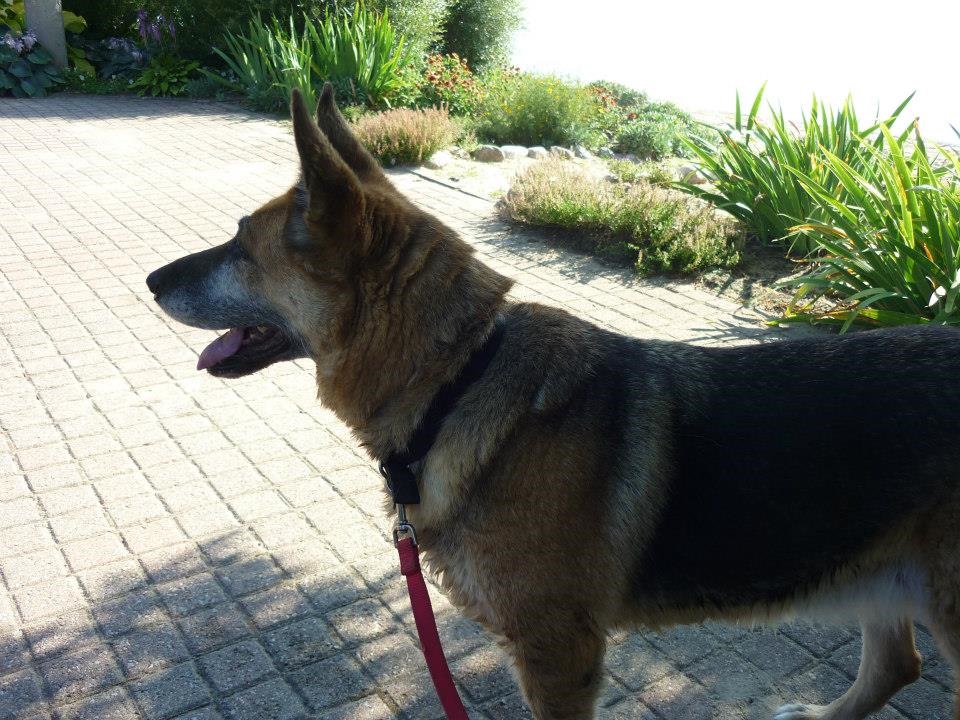 Elsa was suffering from cancer and had only months to live. She was one of 71 dogs seized recently by the local OSPCA, part of the North Bay District Humane Society. The family pet was euthanized by the Society without the knowledge of its owners. Submitted photo.

The Ontario Society for the Prevention of Cruelty to Animals has euthanized one of the 71 dogs seized from a Trout Creek pet rescue farm.

The dog was one of two that had cancer tumours that the owners of the Laika Fund for Street Dogs, Rebecca and Randy Ashworth considered their pets and were caring, and providing veterinarian service for.

"We had two old shepherd girls, both of whom had tumours," Rebecca Ashworth told BayToday.

"One of them they've euthanized now. She was 14 years old. She had tumours which were getting bigger."

The couple hoped the dog would live out the summer.

The Ashworths were never given that opportunity, as the dog was put down without their knowledge or permission.

"In the case of Elsa, we knew she was close and we were waiting to see a change in her behaviour and appetite. They (OSPCA) took her and had her three days and told us she was crashing, which I have no way of knowing whether she did or she didn't.

"In the end they did euthanize her and nobody called us. We're only 40 minutes away and they had her three days but they said they had no time."

Meanwhile, both sides are now preparing for a legal battle and lawyers have now become involved.

The fate of the remaining 70 dogs now rests in the hands of the Animal Care Review Board (ACRB) which will hold a hearing into the matter.

It hears appeals from individuals whose animals have been seized or who have been issued orders by the OSPCA.

The lawyer for the Ashworths, Terrance Green, has asked that the hearing take place Aug. 17, 18 and 19 in North Bay.

Green confirms that the location of the dogs is unknown, despite a request from him that "all 70 dogs taken from the Ashworth home be returned and that I would provide proof that $15,000 has been placed in trust to be released to the OSPCA depending on the outcome of the hearing."

Green believed he had struck a deal with the SPCA for return of some of the dogs, but the Society backed out.

In response, Jennifer Bluhm Senior Inspector with the OSPCA , told Green in an email that no dogs will be forfeited until the hearing is concluded before the Animal Care Review Board and the decision rendered. Bluhm said the file would now be turned over to OSPCA lawyer Brian Shiller, a partner with Clayton C. Ruby, one of Canada's leading lawyers.

Green had hoped that the $15,000 held in trust would allow the transfer back of at least some of the animals today.