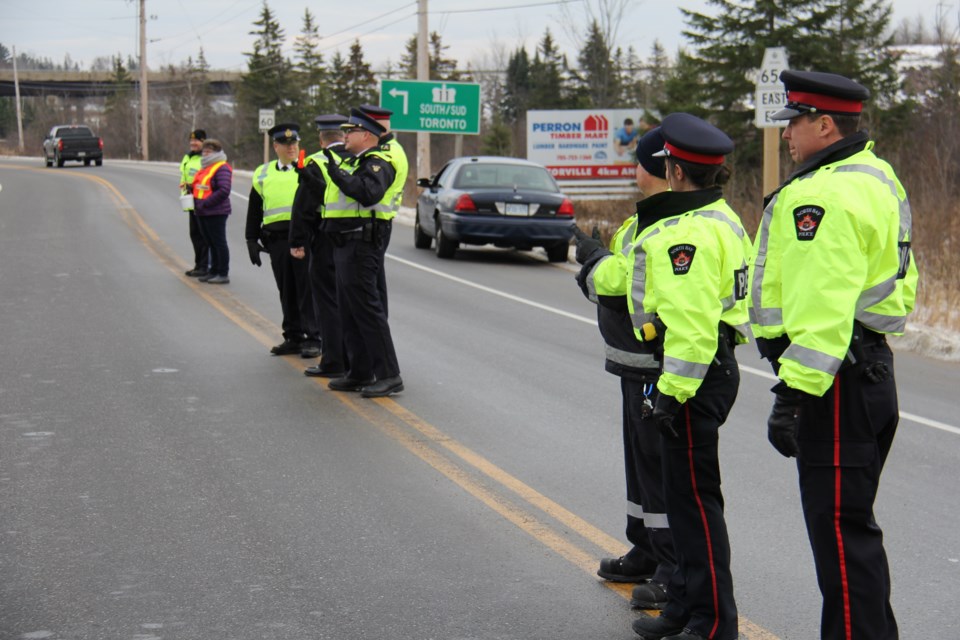 No shortage of police officers stopping vehicles at Wasi Corners during the Festive RIDE kickoff in December. Photo by Jeff Turl.

An additional 366 drivers were issued a Warn Range Suspension and had their driver's licence suspended for having a blood alcohol concentration between .05 and .08.

Police say 44 lives were lost in alcohol/drug-related collisions on OPP-patrolled roads in 2017. Officers conducted more than 9,830 RIDE events throughout the province, surpassing the 7,343 RIDE events conducted over the previous season's campaign.

Over the holidays, OPP Drug Recognition Evaluators assisted with the tools and expertise to test for and detect drug impairment in drivers. Of the 587 drivers charged, 29 were charged with drug impairment.

Good Morning, North Bay!
Jul 10, 2020 6:00 AM
Comments
We welcome your feedback and encourage you to share your thoughts. We ask that you be respectful of others and their points of view, refrain from personal attacks and stay on topic. To learn about our commenting policies and how we moderate, please read our Community Guidelines.