Preliminary investigation revealed the westbound car left the travelled portion of the roadway and struck a rock cut
Jan 2, 2020 12:42 PM By: Jeff Turl 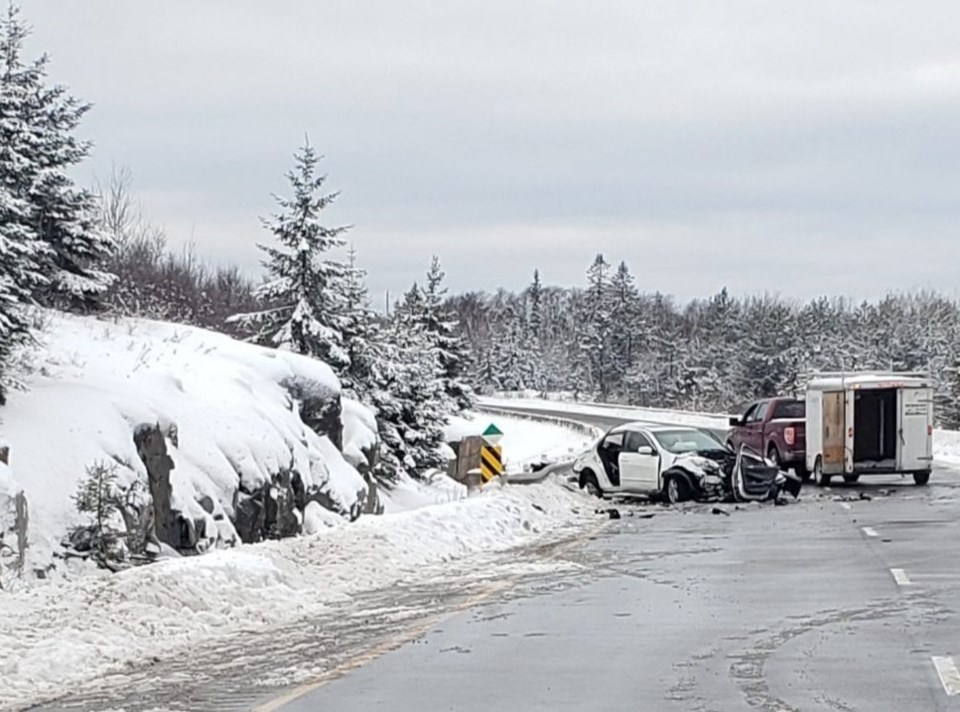 OPP say three victims in that tragic New Year's day traffic accident were from the same family living in Chelmsford and all of them were children.

Two passengers were pronounced dead at the scene. They are identified as brothers Destiny Osagie, 11 and Flourish Osagie, 10.

A third passenger, the sister, Britney Osagie, 6, was taken to hospital but succumbed to her injuries. All were children of the woman who was driving the vehicle.

That 10 year old is a friend of the family and his mother was also a passenger in the car, described as a 2007 Honda Accord.

All occupants of the vehicle are from Chelmsford, near Sudbury.

The accident happened on January 1, at 8:50 a.m. Preliminary investigation revealed the westbound car left the travelled portion of the roadway and struck a rock cut. Police describe conditions on the road as a light dusting of snow.

The westbound lanes of Highway 17 were closed for seven hours while officers conducted their investigation.

Members from the Nipissing West (Sudbury) Detachment of the OPP along with Sudbury Emergency Medical Services and Greater Sudbury Fire Services responded to the single motor vehicle collision in the westbound lanes, near the Highway 144 interchange, City of Greater Sudbury.

The investigation is continuing with the assistance of an OPP Collision Reconstructionist and an OPP Technical Collision Investigator.