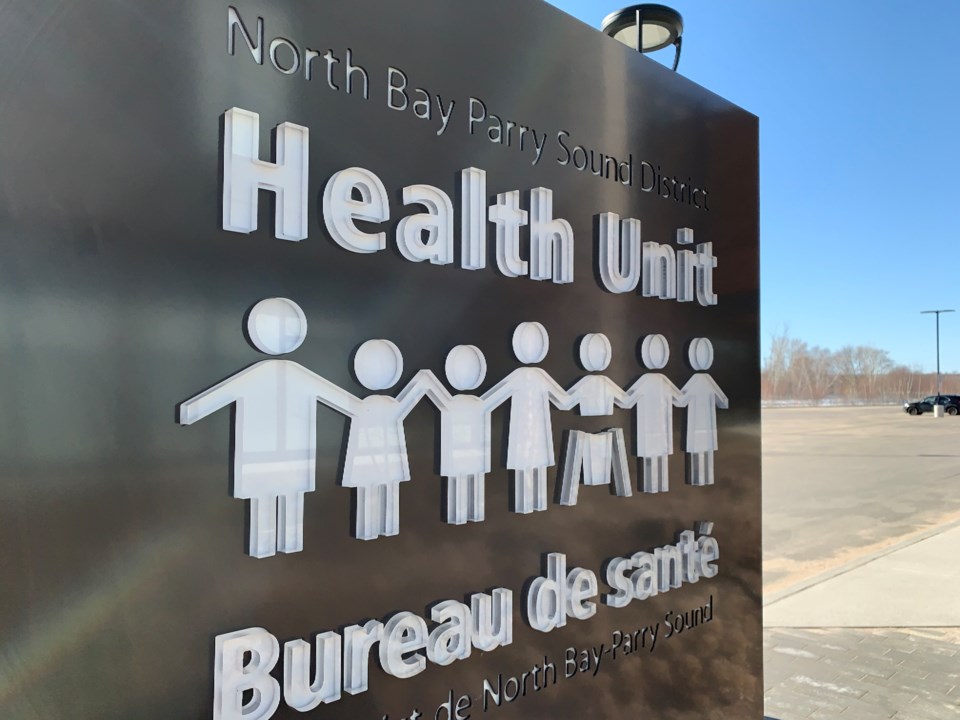 Editor's note: Mr. Rach writes in response to the BayToday story Zalan: With COVID-19, leaders have to be willing to make hard choices

I read with interest the opinion piece written by Dr Peter Zalan on May 7.

The cynical part of me remembers that similar pieces have been written in the past in support of Dr Chirico and the North Bay and Parry Sound Health Unit, as justification for why lockdowns need to be extended in this area; so I await an extension of the lockdown currently in place and due to expire in several weeks. Regardless of the intent of the article, it requires some rebuttal.

Dr Zalan states that the decisive, early actions by the Health Unit in regards to the outbreak at the Lancelot apartment building were successful in that there only 2 cases now in hospital. Apparently, Dr Zalan has forgotten that over 40 Lancelot residents became ill and that 3 residents died.

The initial case was reported to the Health Unit on January 28 and residents were not informed until the weekend of February 6-7 and the outbreak was not declared publicly until after that weekend. This initial delay occurred regardless of the fact that the address of the first infected person was in an apartment – known as hotspots from the previous experiences in the GTA – and somewhat similar to the floating hotel that the Clements were trapped on in early 2020 and became a virus incubator.

The Health Unit has consistently ignored low case counts and provincial guidelines in order to extend lockdowns, but in this situation, they followed protocols to the letter and did not declare an outbreak until after a second case was discovered. Afterward, protocols were reportedly somewhat lax, with people – including external folks - coming and going in the building. In the end, the outbreak lasted over 6 weeks with 3 deaths and many more sickened. To be fair the Health Unit did not bring the virus into the building, however, the handling of the outbreak cannot be considered their finest hour. I wonder how many deaths would be necessary for Dr Zalan to consider the actions “unsuccessful?"

On February 19th, Dr Chirico extended the lockdown that had been in place. His rationale, stated publicly at the time, and repeated in his news conference on February 24th, was that the ratio of Variant of Concern cases (29 cases) to total cases since the start of the pandemic (258) was 11.6 %; 25 times higher than Toronto which was at .37%. The implication was that our Health Unit area was in poor shape since it was well-known that the GTA was in poor shape.

This number was used simply to fear-monger and justify an action (extending the lockdown) that Dr Chirico had already decided to take. The number, in addition to being statistically invalid, was not indicative of how the Health Unit area was doing, as shown by a very simple example. If there were no cases for, say, 3 weeks – pick any time period you wish – most people would suggest that the Covid curve was flattening. Yet Dr Chirico’s number would be exactly the same; we would continue to have 258 total cases and 29 variant of concern cases. To misrepresent this number as a justification for his lockdown actions – and to have repeated it – was, frankly, dishonest.

Dr Zalan notes that Dr Chirco’s actions have resulted in some personal cost. This is probably true, but is his cost greater than that of the person who cannot see their aging parents and relatives in locked residences and facilities? Is it greater than the cost and sacrifice of the residents of long-term care facilities who cannot get out or see grandchildren and children because they don’t have access to or aptitude for technology and Zoom calls? Is his cost greater than people in the health unit area who have seen their loved ones succumb to suicide or opioid death because it is more difficult to access mental and physical health supports during lockdowns? Is it greater than the cost to small business owners, some of who don’t qualify for government programs, and who wonder if they can continue to provide for their children? Just about every resident in North Bay has incurred a cost or sacrifice due to lockdowns.

Leadership requires more than just decision-making. It requires honesty and truthfulness, and, ideally, transparency. These qualities have not always been demonstrated by the Health Unit.

In his news conference on April 15, in response to a question of whether an individual in the community with a chronic health condition should get a vaccine, Dr Chirico stated that the health unit is inundated daily with such requests and that they must follow an “Integrity Framework” when prioritizing vaccinations. That framework is presented on the provincial Covid website Ontario’s COVID-19 vaccination plan COVID-19 (coronavirus) in Ontario. Examination of this framework shows that individuals responding to critical events – police, fire, emergency management – are prioritized near the end of Phase 2; after people with health care issues, after educators, and others.

Yet the North Bay Police Service was able to jump the queue and get vaccinated during Phase 1, almost 8 weeks before the date scheduled in the framework; and at the expense of the diseased, the disadvantaged, and the people teaching our children. Exceptions to the “ethical framework” vaccination schedule were obviously made; our Medical Officer of Health publicly and with a lack of truth, stated they were not made.

Responding to criticism around information disclosure and transparency, the Health Unit stated that they would provide more information and began weekly news conferences and Q&A sessions starting in February. One of the first issues that were addressed was the outbreak in February at Cassellholme, which was locked down in February due to 12 positive cases. An investigation in relation to the testing was started because apparently the 12 positive tests were followed immediately by 12 negative tests. Dr Chirico has stated that tests have a 99.9% accuracy, so the chances of 12 tests in the same sample being incorrect are in the order of one in many trillions of cases.

After 2 weeks of investigation, during the weekly news conference, a member of the health unit staff, responding to the issue, stated that the answer was “complicated.” Seriously! Perhaps some of the details were complicated, but at a simplistic level one of three things had to have happened: either the tests were administered incorrectly, or the lab made an error in testing or in communication, or the health unit misinterpreted the results. Apparently, full transparency hadn’t quite started yet.

Dr Chirico and the Health unit have consistently ignored provincial guidelines around case counts in extending lockdowns. His rationale is that other factors need to be considered, such as we are not an island and “human nature” is that people will travel here to our area, and we need to protect our hospital and health care capacity.

Up until the latest transfer of several cases from southern Ontario, the NB& PS Health Unit has never had more than 2 people hospitalized at the same time and only 32 hospitalizations through the duration of the pandemic; and no one reportedly ever in intensive care. Those numbers would not appear to critically challenge our health care facilities. And intuition about human nature is not science. In looking at areas bordering ours, at its worst point, Sudbury had 80 cases per 100,000 population. That means, statistically, 1,200 people would have to travel to our area to see 1 case of Covid. Obviously, statistics present a sort of average, and travel cases could be higher or lower. However, using data of this type to formulate decisions is far more scientific than intuition about human nature.

Dr Chirico believes that it is “human nature” to travel, and to congregate. Yet human nature, especially in our community, is to follow the rules and guidelines that have been set out. We do that for simple things like driving an automobile and the residents of North Bay have consistently been compliant with public health guidelines even when they were considered unfair.

Almost all of the population wears a mask and socially distances. Just about every small business has closed or restricted their business practices, even while sacrificing their income. But residents deserve to see the scientific modelling that shows the factual data, extrapolations, results, and risks that justify lockdowns and other restrictive actions. Residents deserve better than simple platitudes like “we’re not an island”, “human nature says”, and “this thing could turn on a dime”. A unit that says they follow science should be demonstrating that.

I am not an anti-masker, an anti-vaxxer, or a Covid denier. Covid is real. I wear a mask when I go out. I was vaccinated several weeks ago when my turn came up - and I have to give kudos to the Health Unit for a vaccination process at Memorial Gardens that was extremely well-organized.

I don’t want to “defund” the Health Unit. I am not even completely anti-lockdown; lockdowns have their place in situations. And I appreciate that when we open up it will not be the free-for-all that Dr Zalan describes in Sardinia. However, a measured opening with fewer restrictions should be considered rather than extending complete lockdowns as Dr Zalan seems to be advocating and which have been prevalent in the past. Most of the GTA has been locked down since mid-November, except for 2 weeks, and that area has, through it all, had high caseloads and now overflowing hospitals.

It seems obvious that lockdowns are not a panacea nor completely effective. If lockdowns and other extreme restrictions are taken by the Health Unit and community leaders, these actions should be supported and justified by actual relevant scientific data; and this information is shared with residents of the health unit area. When leaders are not completely honest, not completely truthful, and not completely transparent they will lose public trust and their ability to lead, and then, even when they are right, they may not be heeded.