Open letter: How many other buildings in Canada are designed to withstand a nuclear blast?

The Underground NORAD Complex is a sprawling, three-story, modern-day fortress located 600 feet below Armed Forces Base North Bay.  Built to withstand a direct hit by a 4-megaton nuclear blast, and protected by three 19-ton steel blast doors, it was designed to provide life support for 400 people for a month following a nuclear attack
Jul 21, 2021 4:30 PM By: Trevor Schindeler 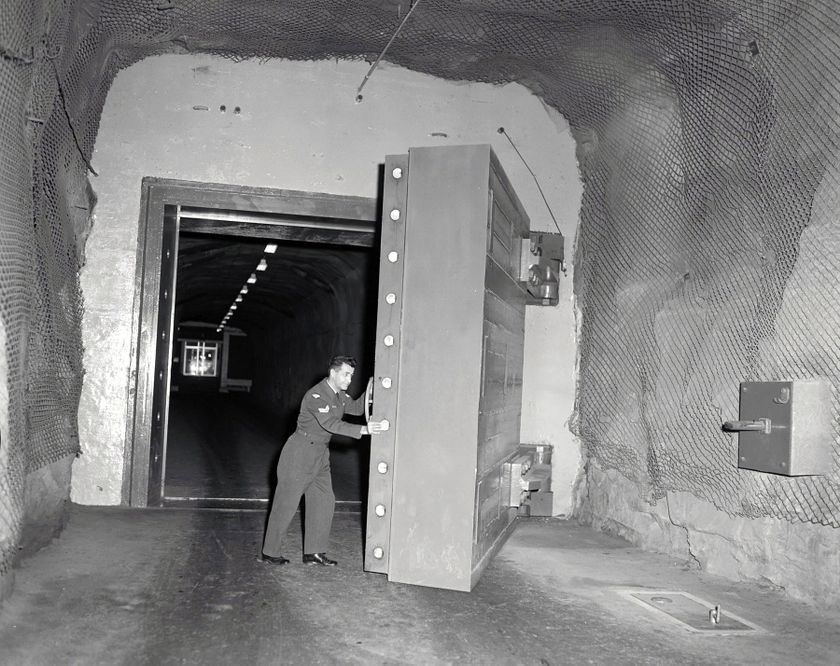 Editor's note: Mr. Schindeler writes with reference to the BayToday article Campaign started to save the underground NORAD complex

There are many forts across Canada that we no longer use for military purposes including the Fortress of Louisburg in Nova Scotia, Fort Chambly in Quebec, Fort Henry in Ontario, Fort Garry in Manitoba, and Fort St. James in British Columbia.  Please note that all of these forts are national historical sites, and also popular tourist destinations.  People are fascinated by military history which makes forts particularly popular places to visit.

As you know, the most recent military fortress to be abandoned in Canada is also the best fortified.

The Underground NORAD Complex is a sprawling, three-story, modern-day fortress located 600 feet below Armed Forces Base North Bay.  Built to withstand a direct hit by a 4-megaton nuclear blast, and protected by three 19-ton steel blast doors, it was designed to provide life support for 400 people for a month following a nuclear attack.  It housed a NORAD Command Centre which protected North America from attack by the former Soviet Union.

Due to its historical importance, the Complex has been designated as a “Classified Federal Heritage Building” by the National Historic Sites Directorate, Parks Canada.

With the development of the hydrogen bomb and advanced missile technology, NORAD determined that the Complex no longer serves a viable military purpose.  In 2006 it moved its air defence operations above ground.  The Complex is currently sitting vacant.

In its Criteria, General Guidelines & Specific Guidelines, the HSMBC sets out criteria for designating a place as a national historic site.  In particular, it states that:

a) illustrate an exceptional creative achievement in concept and design, technology and/or planning, or a significant stage in the development of Canada; or

d) be most explicitly and meaningfully associated or identified with events that are deemed of national historic importance.

It is without a doubt an exceptional achievement in concept, design, and technology.  How many other buildings in Canada are designed to withstand a nuclear blast?  More importantly, the facility is explicitly and meaningfully associated with a historical era that is of national historic significance.  It was ground zero in the most dangerous military conflict the world has ever seen, the Cold War against the former Soviet Union.  It is where Canada helped to maintain world peace by preventing nuclear war.  History does not get any more momentous.

Readers might think that a remarkable military facility with global historical importance would easily qualify for designation as a national historic site, but they would be wrong.

The HSMBC only proceeds with the evaluation of a site once the consent of the owners has been secured.  Parks Canada duly sought permission from the Department of National Defence (DND).  I was informed by the Executive Director of the Cultural Heritage Directorate at Parks Canada that the DND would not grant its consent.  No reason was given.

I am sure that there is a very good reason why the DND withheld consent, I just cannot imagine what it is.  Every other vacated military fort in Canada has been designated as a national historic site.  The designation is honorary in nature and commemorative in intent.  It does not affect ownership of the site, provide legal protection to the site, nor does it give the public a right of access to the site.  All that generally happens is that a commemorative bronze plaque is installed.

The DND has expressed concern about transferring the Complex to a “third party” due to its location below an active military base and NORAD facility.  It is difficult to imagine, however, what enemy agents might do 600 feet below ground that they could not more easily do from the public parking lot next to the new NORAD Command Centre.  Further, as the “third party” would be another department of the federal government, either the Ministry of Heritage or Parks Canada, the DND could be assured that all required security measures are being implemented.

As you know, the DND has declared that the Complex is surplus to its needs, and recently announced plans to decommission the facility.  Likely, it will be allowed to flood.  Section 6.1.10 of the federal government’s Treasury Board Policy on Management of Real Property provides that:

It is time for the Government of Canada to commission a feasibility study into preserving the Complex and developing it into a tourist destination as a national historic site, park, or museum – before the DND floods it.  This is a reasonable request.

Other readers, please add your voice to this campaign.  Contact Nipissing–Timiskaming MP Anthony Rota at Anthony.Rota@parl.gc.ca, and Prime Minister Justin Trudeau at pm@pm.gc.ca, and let them know that you support this initiative. The government will only act if there is demonstrated support.

Campaign to Save the Underground NORAD Complex