Government spokesperson says the order does not give police the power to enter homes or stop vehicles solely to check if measures are being followed
Jan 14, 2021 2:13 PM By: Canadian Press 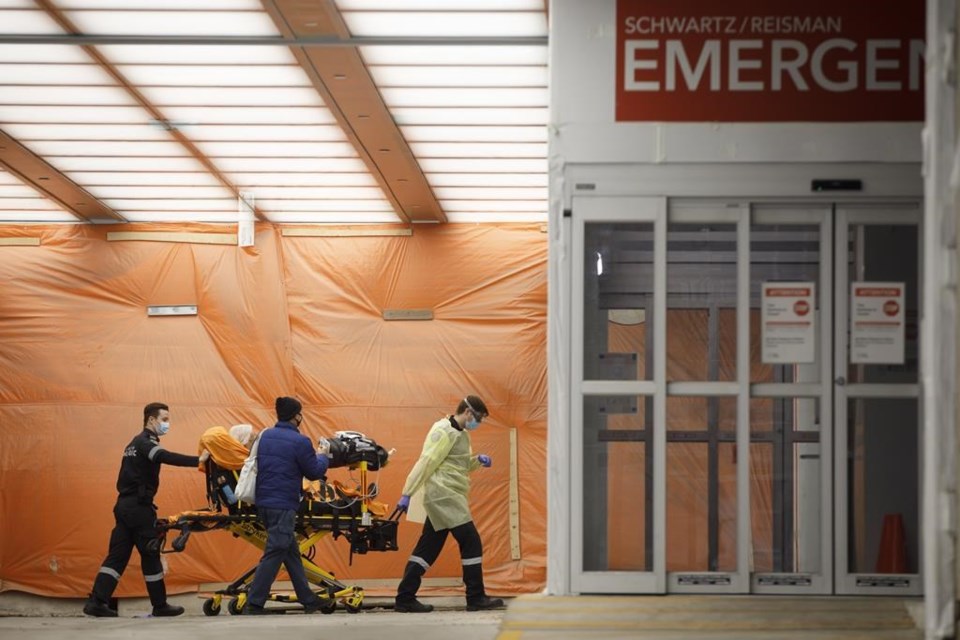 TORONTO — A stay-at-home order went into effect in Ontario on Thursday but the government said police would not have the authority to randomly stop residents on the street to ensure compliance.

The measure, imposed in an effort to bring down soaring rates of COVID-19, means Ontarians are to venture out only for essential purposes such as health-care, food and exercise.

A spokesman for Solicitor General Sylvia Jones said the order doesn't give police the power to enter homes or stop vehicles solely to check if the measure is being followed. Residents travelling to work are also not required to have proof from their boss that they are doing so.

"On its own, being outside is not sufficient evidence of a failure to comply with the stay-at-home order," spokesman Stephen Warner said.

Critics have called the stay-at-home order unclear but Premier Doug Ford has asked residents to use their "best judgment" in deciding whether to go out.

Several police forces said they were still reviewing the details of the measure. The province sent police services a memo on enforcing the order but refused to make it public.

A spokeswoman for Peel Regional Police said the service planned to respond to complaints about violations of the order but would not be stopping drivers and pedestrians to see where they are going.

"It will be for the most part responding to calls," Const. Sarah Patten said in a statement.

Toronto's police chief said his force would release more details later and asked residents to do their part and stay home.

The government issued an emergency alert to cellphones, radios and televisions on Thursday morning telling residents the order was in effect.

The message asked people to only leave their homes for essential purposes. The province has said, however, there's no set definition for what is "essential" because everyone has their own unique circumstances.

NDP Leader Andrea Horwath calling the order a "half-measure" that has confused people.

"Every Ontarian must do their part to stop the spread of COVID, but we can’t be successful if the Ford government continues to withhold meaningful supports, and instead only offers a stay-at-home order rife with contradictory loopholes and exemptions," she said in a statement.

Meanwhile, the government said it planned an inspection blitz of big-box retailers over the weekend to ensure they were complying with public health rules.

Labour Minister Monte McNaughton said 50 inspectors will visit stores in Greater Toronto and Hamilton Area and will, for the first time, be permitted to issue tickets to store patrons.

"Inspectors now will also have greater powers," he said. "We're not trying to punish anyone, but cases are still rising. All of us we need to do even better."

McNaughton said the inspectors will have the power to issue tickets of up to $750 to anyone not following public health rules, including store supervisors, workers, and customers.

He said they will focus on ensuring employees and customers are wearing masks, maintaining physical distance and following safety guidelines.

Inspectors will also have the authority to temporarily close a premise and disperse groups of more than five people, he said.

Ontario reported 3,326 new cases of COVID-19 on Thursday and 62 more deaths linked to the virus.

Health Minister Christine Elliott said there were 968 new cases in Toronto, 572 in Peel Region and 357 in York Region.

-with files from Liam Casey.

This report by The Canadian Press was first published Jan. 14, 2021.