One of Mattawa's own is CAO for the summer — and beyond?

'I have two adult daughters and one teenage daughter who are very proud. In my career, this is the highest level you can go.'
Jun 30, 2020 2:00 PM By: Stu Campaigne 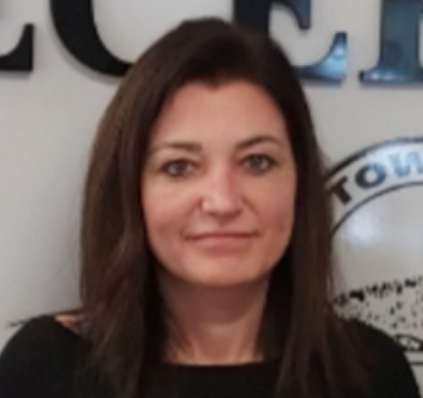 MATTAWA, Ont. — During Mattawa Town Council's most recent regular meeting, Francine Desormeau went from "acting" chief administrative officer to "interim" CAO with the support of council but tells BayToday she does not plan to seek the permanent position — yet.

The Mattawa CAO position was vacant due to the retirement in late March of Raymond Belanger and Desormeau says she did not hesitate to pick up the ball and run with it.

"I did it to help my own town," says Desormeau, born and raised in Mattawa. "I worked very closely with the former CAO. My office was right next door. I was already seasoned and already up on all of the ongoing projects. I would say it was an easy transition."

Mayor Dean Backer says Desormeau (also the town clerk and deputy treasurer) was the logical choice to bridge the gap between full-time CAOs and describes her as "someone who brings a wealth of information," to town affairs.

Desormeau has worked her way up in various roles over 21 years with the Town of Mattawa. In a town that has weathered flooding and the COVID-19 pandemic in the course of one year, Backer observes Desormeau has been the "glue that held everything together."

Desormeau admits, "We've got a lot of serious matters on the go right now. But, because of my 21 years here, we've been able to navigate through all of them."

It is believed Desormeau is the first female CAO in the town's history — but 2020 is her second tour in that role. In 2015, she also served in the town's top job on an interim basis for five months.

"I have two adult daughters and one teenage daughter who are very proud. In my career, this is the highest level you can go," says Desormeau. "I'm very proud to do it for my kids — and for my dad who is in the nursing home."

The CAO position is being advertised with a July 24 deadline for expressions of interest but Desormeau says the timing is not quite right for her yet and she looks forward to helping the successful candidate in her permanent role as the clerk and deputy treasurer.

"I still have a teenager at home and I know, at this level, you definitely commit a lot more time," she says.

Family will always come first for Desormeau, she says, and right now it's a balance between being a mother and an executive with the town she loves. But, what about once the kids have all grown up? Would she consider applying for an open CAO position?

Without hesitation, Desormeau responds, "Yes. Absolutely, I'd love the challenge."