On the market for some prime commercial property? 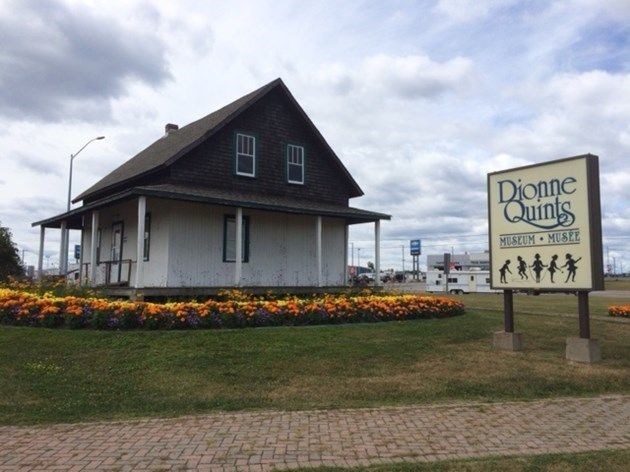 In the city’s latest bid to boost business in the Bay, vacant property on one of the busiest intersections in town could be made more appealing.

The Community Services Committee approved rezoning the former home of the North Bay District Chamber of Commerce, Tourism Information Centre and Dionne Quints Museum on Monday night to help open up the options for possible use in the future.

If given the final approval by council, rezoning the 1375 Seymour Street location as “Industrial Commercial” property will facilitate further development of the property.

City Council approved the property as “surplus land” back in November of last year, allowing it to go to market for tender. At the time, Mayor Al McDonald said the site was appraised at just short of $1 million.

But rezoning the property will only increase the value and bypass the rezoning application process for the eventual winning bidder.

“Here’s a case where we have surplus land, it’s very valuable, so not only will our reserves go up or we can use the money in other areas of the city, but we’ll also receive tax revenue from that site from here until as long as the building is in place,” McDonald said Monday night.

“They’ll pay us close to $20,000 a year in taxes, so it’s a good thing and we get some more development and employment out of it,” he added. “It’s a win-situation right across the board.”

The 1.64 acre lot is currently listed as “Light Industrial” under the city’s Official Plan, but moving it to "Industrial Commercial" will open the possibility for a long list of land uses, including automobile sales and service, farmer’s market, financial institution, garden centre, gas bar, home improvement centre, hotel, daycare facility, recreational facility or restaurant, among many others.

“What it’s presently zoned at, somebody would have to buy it and then rezone it and go through the hoop of rezoning it to this, so we’re doing it ahead to time,” Coun. Mac Bain explained.

“With this zoning in place, it’s more attractive to someone so that they know they don’t have to wait six months and hire a consultant and hire someone to go through this process, instead they're buying a piece of property in an ideal state,” he added.

Mayor McDonald said the most likely candidates to bid on the coveted corner are fast-food chains or restaurants.

“Those are probably obvious choices because those are very valuable spots for them,” McDonald said on Monday. “That is probably one of the busiest intersections that we have - the Highway 11 corridor is the busiest highway.

“We have tremendous interest in that location from about 10 individuals so far and there will probably be even more,” he added.

However, the Quints Museum saga continues to hang in limbo after Roch Legros and Russell Robinson announced the revocation of their proposal to move the Museum back home to the farmstead property in January.

At the time, the proprietors stated that they felt that their plan was met with dismissal and pessimism. Since then, no new development plans have come forward.

However, the city is seeking interested parties in acquiring ownership of the home and its artifacts on MERX, an electronic tendering service.

“It has generated some interest,” said Community Services chairman Mark King. “But hopefully that interest goes a little bit further than it is at this particular point.

“There is another municipality, I can tell you, that’s interested in it,” he added.

The city originally purchased the Dionne Farm House back in 1985 and moved the structure and its artifacts to the Seymour location, where the Chamber of Commerce was contracted to oversee its operation.

But the Chamber was granted permission from council to terminate their lease at the end of August after operating and managing the location for almost 30 years.

The city also has a major capital project earmarked for the area.

The reconstruction of the Seymour Street - Highway 11/17 intersection is anticipated to begin this summer and take up to two years to complete. The expansion is expected to cost approximately $5 million, which the Ministry of Transportation is expected to pick up half of the costs with grant funding.

“Because of the design and flow, it needs to be changed,” said Coun. Bain. “Before, because of the businesses that are there and volume that’s there, it’s too great for the present design.

Drivers charged in 'Move Over' long weekend blitz
Aug 8, 2020 12:00 PM
Comments
We welcome your feedback and encourage you to share your thoughts. We ask that you be respectful of others and their points of view, refrain from personal attacks and stay on topic. To learn about our commenting policies and how we moderate, please read our Community Guidelines.