Northern Ontario Party says it’s standing up for the North 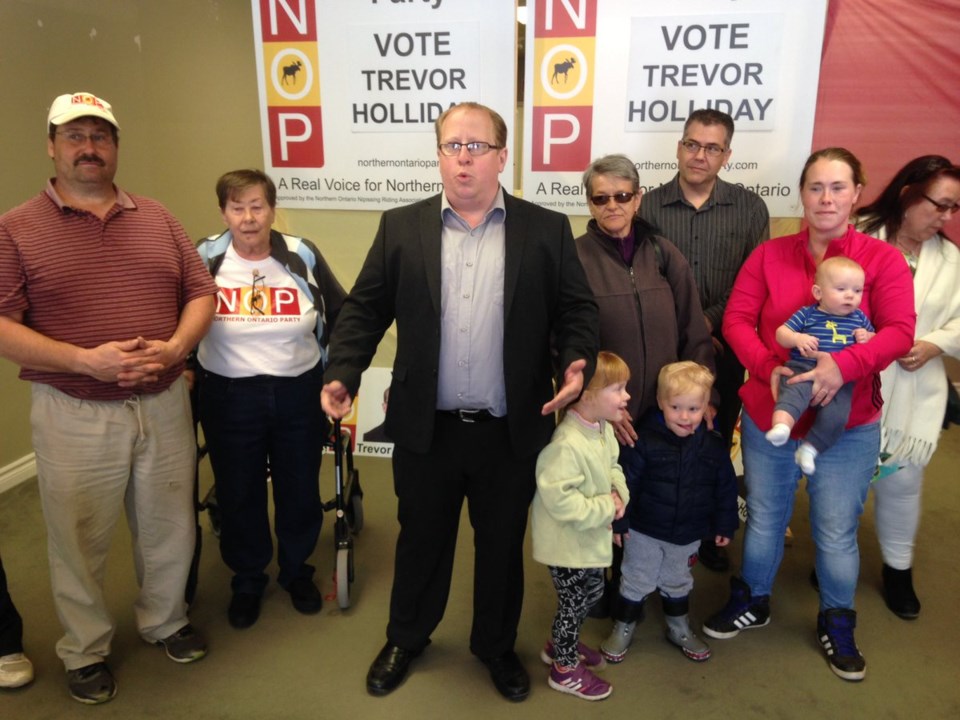 Trevor Holliday says there is a misconception out there that the Northern Ontario Party is a separatist party.

“It is the history the party had from day one,” said Holliday, the Northern Ontario Party leader and Nipissing candidate.

“No matter what there will always be that stigma that we are separatists. We just now brush that off and move forward showing people we are not about that we are about getting the stronger voice for northern Ontario.”

Holliday held a press conference today to officially open up his party office on Main Street.

The North Bay native realizes they will not be the government in power but he says they can make the change.

“When it all boils down to it, it takes one MPP to start standing up and making the North be heard,” he told CKAT during today's media conference.

He says the south needs to stop treating Northern Ontario like a colony.

“You can introduce bills, you can keep introducing them but by representing the people and even if we do that with one sitting MPP that shows the voters next time around it is the party to vote for because we will not back down and there is no party whip to make those MPP’s sit down.”

Holliday told CKAT there are many issues on the NOP priority list including health care, taxes, hydro rates and transportation woes.

Holiday added that he has been getting an outpouring of support since he found out the Northern Ontario Party will not be taking part in the Chamber of Commerce/Your TV All Candidates Debate on Tuesday, May 15th.

“Unions and the general public has reached out to us saying we should be heard,” said Holliday.

“Whatever party they are with they are saying why can’t we ask you the questions.”