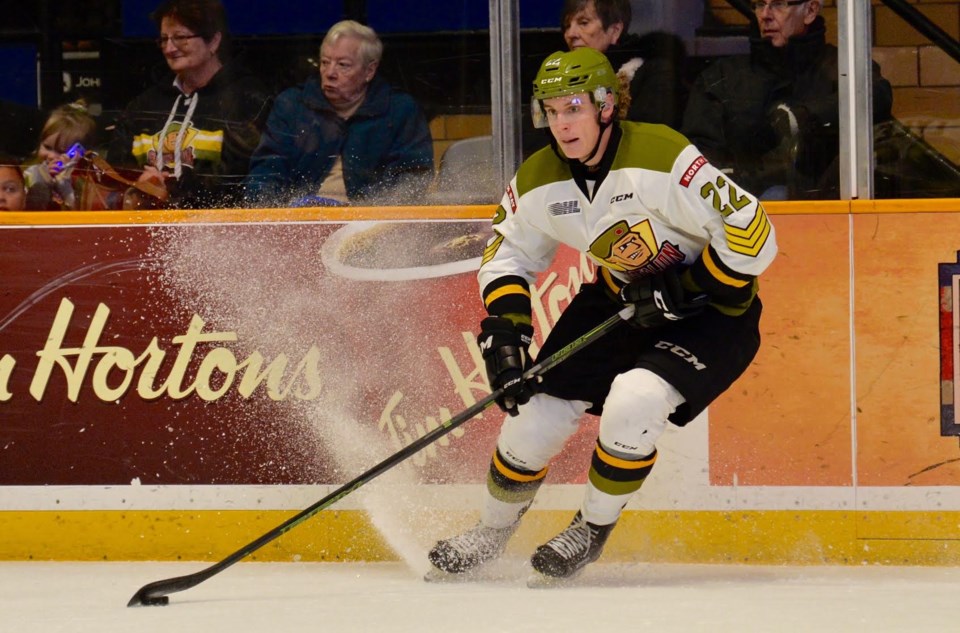 The Boston Bruins have signed defenceman Brady Lyle to a two-year, entry-level contract.

Lyle posted six goals and 12 points in 19 appearances with the AHL's Providence Bruins this season.

"I'm obviously super excited, it means a lot to me and everyone around me who has been there through it all," Lyle told BayToday.

"I am really happy to continue my career with such a great organization."

The 21-year-old is tied for the lead among AHL defenceman in goals. Lyle was signed by Providence as a free agent on April 16, 2020.

The North Bay, native also skated in six games with Detva HC in the Slovak Tipsport Liga, posting one goal, three points, and a plus-5 rating.

The 2015 North Bay Battalion first-round pick was also coming off a breakout offensive season with the Owen Sound Attack in 2019-20 before COVID-19 put the OHL season on ice.

The last North Bay native to be inked by the Boston Bruins organization was Matt Marquardt back in May of 2008.

Marquardt, who was a draft pick of the Columbus Blue Jackets in 2006, had his rights traded to the Bruins for Jonathan Sigalet.