Two players with local ties go in the first round of the OHL Priority Selection
Apr 6, 2019 9:56 AM By: Chris Dawson 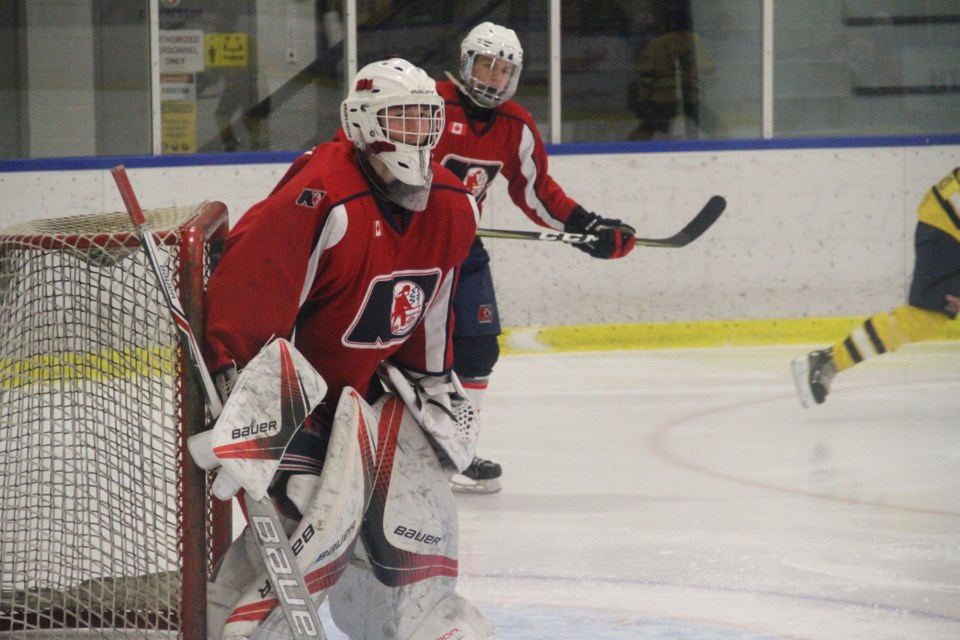 He is the second North Bay player taken by the Sting in the first round this decade.

The last one was forward Brett Hargrave back in 2012 when he was taken 13th overall by the Sting.

Gaudreau is also one of the rare OHL prospects who is still playing with his club team.

Gaudreau is a member of the Major Midget AAA Trappers team which is playing in the Central Region Major Midget AAA championships. He was in his hotel room with his teammates when he got the exciting draft news.

"I was just laying in my hotel bed with a few of the guys from my team in my room and we were just sort of talking and going on our phones not really paying attention then we all heard, 'The Sarnia Sting are proud to select Benjamin Gaudreau from the North Bay Trappers,' and I was speechless it was really unexpected the boys were really excited to and it was just a great atmosphere," he told BayToday.ca.

Ironically, 2012 was also the last year that an OHL team selected a goaltender in the first round of the OHL Priority Selection.  Only one goaltender has been selected higher than Gaudreau in the past 20 years.

Mark Seidel, of North American Central Scouting Services, was also the Director of Hockey Operations with Team NOHA which Gaudreau was a part of this season.  He told BayToday earlier this week that Ben was a very special goaltender and that early selection seems to indicate that.

“They are like unicorns, people tell me they exist but I am not really sure that they do until I met Ben Gaudreau and watched Ben Gaudreau for the last year and a half.”

Incredibly, Gaudreau is not the only player with North Bay ties to go in the first round.

Connor Punnett, who played this season with the North Central Predators, was selected 19th overall by the Saginaw Spirit. Both Punnett and Gaudreau were teammates on Team Ontario which competed in the Canada Winter Games this past February in Red Deer.

Punnett, who played minor and major Peewee AAA in North Bay with the Trappers, netted 6 goals and 26 points this season with Predators.  He also got into four games as an affiliate player with the Powassan Voodoos this past season.