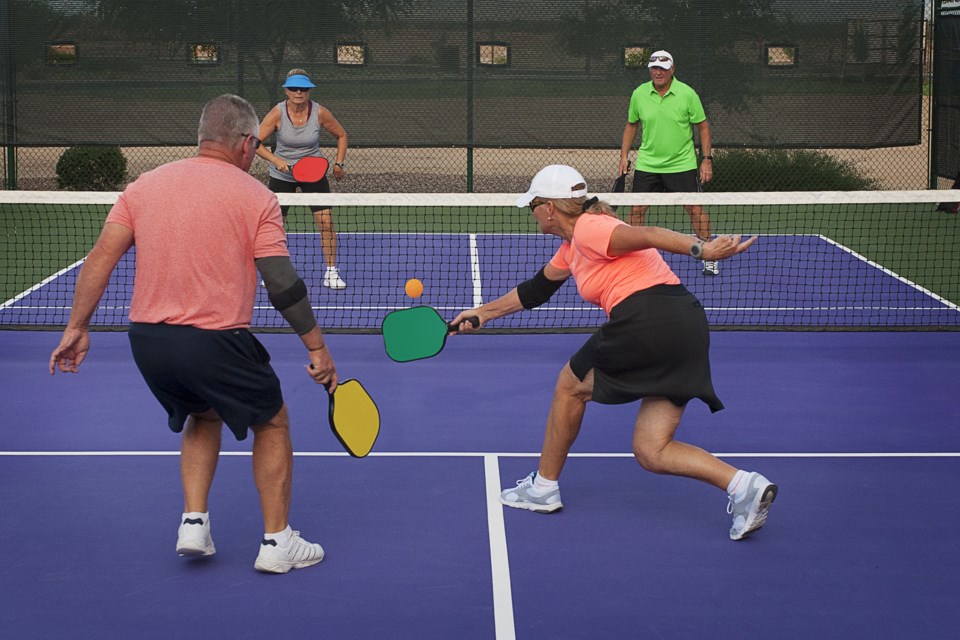 Pickleball is considered one of the fastest growing sports in North America, and in June North Bay will be hosting the 8th Annual Pickleball Ontario Championships, will be held at Nipissing University June 21, 22 and 23 with players from all over the province.

The city was named the provincial tournament host last April.

Events will include men’s and women’s singles and doubles along with mixed doubles.

Pickleball combines skills used in racquet sports such as squash, tennis, badminton and ping pong in a fast-paced game enjoyed by all ages.

The tournament highlight will take place on Friday, June 21st when some of the best male and female players from across the province will participate in an exhibition series.

There are no admission fees for spectators, so we encourage people to come and see what pickleball is all about!  Action begins at 8am on all three days

There will be a pub night open to the public Saturday in the Nipissing cafeteria, with a buffet dinner at 6 followed by a fun night of live music from Paul Pruneau and the Journeyman.

Pickleball has become very popular in and around North Bay, with growing clubs in North Bay, Callander, Astorville, Sturgeon Falls, Sudbury, Manitoulin Island and beyond.

Find out more at www.2019ontariopickleballchampionship.ca