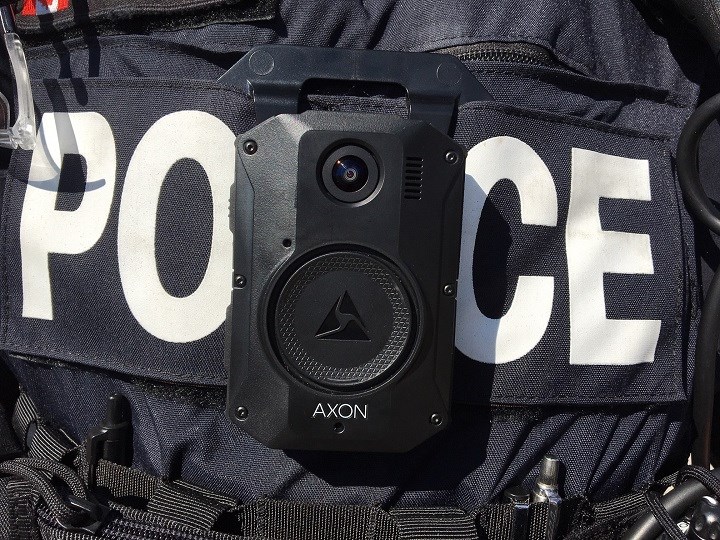 The North Bay Police Service may be one step closer to acquiring body-worn cameras for its police officers.

On Tuesday, the North Bay Police Board listened to an online zoom presentation by the Barrie Police Service which is conducting a body-worn camera project.

Police Chief Scott Tod says the presentation was made to help the board with its decision on what direction they should go with the project.

"It's not just putting on a camera, there's a lot to it for the police and board to consider," Tod said.

Barrie Police Sgt. Dave Goodbrand outlined a digital evidence management platform that they put in place before having officers use the body-worn cameras.

"The idea was to inform the board about the options the board has in regards to making a decision about body-worn cameras and certainly from a digital evidence management standpoint that is something we do have to move ahead with as a police service," Tod told reporters.

"Our partners in the justice system including the courts, are all asking for digital disclosure and it makes sense for us to develop a better platform in which we can share digital evidence rather than through paper."

Tod says the cruisers will also need new mobile officer technology which he believes they require before moving ahead with the digital evidence management platform. They plan to roll that out in March 2021 and across the service by June.

Tod did not outline the costs for the body-worn camera project. He believes the first thing is to make sure they do it right.

"If we do not do it right it is going to be very costly," admitted Tod.

"We can go from tens of thousands of dollars to hundreds of thousands of dollars just in errors and mistakes if we didn't do it properly. So I think relying on our partners who have done this, and seeing other services do it successfully, like the Barrie and Toronto Police Services, while working with some of the police services that are navigating through this just like we are. I think our decision-making process will be quicker and I think our ability to see how much it is going to cost is going to be more accurate.It will help us transition into a body-worn video project quickly.

In the end, Tod believes both the officers and the public want to see police wearing body-worn cameras.

"The police association has been very clear that they support the idea of body-worn cameras for the officers," noted Tod.

"From an officer safety standpoint and a public safety standpoint, our association president supports it and it's the main reason why the Association for Chiefs of Police support it too. It provides trust and confidence in policing through accountability by having the recordings happen but also for officer safety in regards to accurate interactions between the officer and the public."